Robyn Dixon's Bio: Her Ethnicity, Parents And Failed Married Life With Husband And Rumors of Rekindling

By LRU Writer | On: July 20, 2017
Robyn Dixon's Bio: Her Ethnicity, Parents And Failed Married Life With Husband And Rumors of RekindlingTrying to achieve success without blending the personal life with the profession is something difficult, but Robyn Dixon, The Real Housewives of Potomac star, balances both her personal life and professional life like a pro.If you are a regular viewer of RHOP, then you must have known about Robyn Dixon and her bio, but if you are not aware of her life, we will help you to know more about her. 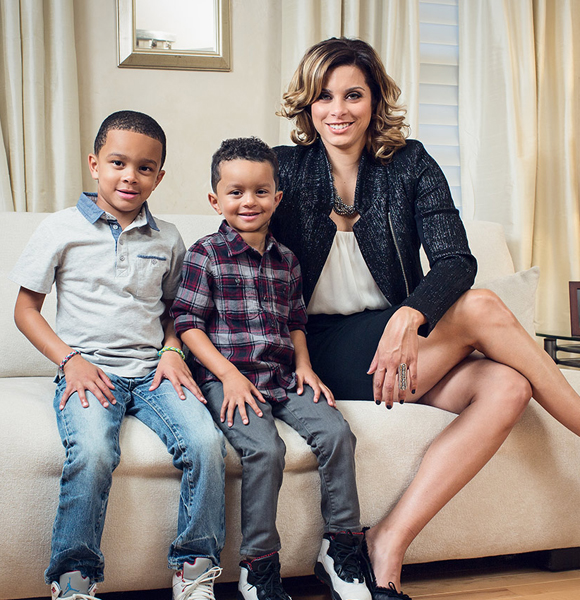 When a person is involved in showbiz, he can barely manage time for his family. Trying to achieve success without blending the personal life with the profession is something difficult, but Robyn Dixon, The Real Housewives of Potomac star, balances both her personal life and professional life like a pro.

If you are a regular viewer of RHOP, then you must have known about Robyn Dixon and her bio, but if you are still not aware of her personal life, we will help you to find out more about her.

The mother of two, Robyn is already married but has parted her ways from her husband. Though she has already separated with her man Juan Dixon, they still live under the same roof nurturing their kids.

Talking about her love life, she first met Juan in high school, when Juan was a star athlete at a rival school. As said “you can fall in love in a blink of an eye,” Robyn and Juan’s friendship turned into a whirlwind romance.

The lovebirds Robyn and Juan later got married in the year 2005 and now are the proud parents of two sons; Corey Wade (age 8) and Carter (age 7).

However, their sweet relationship turned sour in seven years. But the pair, who got divorced in 2012, remains extremely close and live together under the same roof.

Some of you might have been surprised when Robyn revealed that she lives with her estranged husband under the same roof in last season, but isn’t their relationship something that most of you wish to have?

You might also be wondering whether the pair has rekindled their romance or not. Well, Robyn has herself clarified her relationship with the former basketball star.

"We function as a family. We support each other unconditionally, but romantically, we're not really there yet. But we do try to spend time together. We're not each other's priority, like our kids are our priority and just making sure our kids have everything they want and need, that's our priority. But we still function as a family as a whole. But we recognize that if there was any type of personal or romantic relationship, that is lacking big time."

She even said that a person might see her enjoying a married life because they live in the same house and don’t live separate lives. Explaining the same, Robyn divulged,

"For someone on the outside looking in, they would really assume we're a married couple, because we do a lot of stuff together. Our kids are so busy, so our lives really center around the activities with the kids and stuff. But we don't live completely separate lives and live in the same house. Our lives very much are intertwined, like I support him in his basketball, coaching career, go to his games, and just support everything he does and same thing for me."

But we still can’t expect them to rekindle their romance, as Robyn says that she is focused on herself and their kids.

"I just haven't quite gotten to the point where I'm ready to focus on that. Right now, I'm focusing on myself and the kids and trying to get to a really good place career-wise and financially, and then I can focus on the romantic part. Juan and I started dating in '96 and were married, so I was in a relationship for so long, so right now, I'm at the point where I want to focus on myself for a little bit."

Talking about Robyn’s ethnicity, she has revealed that she is of mixed ethnicity. A year ago in March, she took her Twitter to say that she has white ancestry, though both of her parents are black.

Well, Robin has pursued a very nice career in the PR industry as a publicist and event manager. She has recently launched her own special event firm called Visionary event which is in the DC/MD area. Although she has embraced success in her career, her earnings and net worth remain behind the curtains.

Stay with us for the emerging updates on Robyn Dixon!