RonaldOMG Relishes with Family and Only Sibling at Young Age

By LRU Writer | On: February 07, 2018
RonaldOMG Relishes with Family and Only Sibling at Young Age. Many kids have gained immense fame and popularity by the same means. Among them, we are here to talk about a YouTube star: Ronald OMG. His first video was uploaded back in 2016, and till this date, he has garnered more than 900,000 subscribers on his YouTube channel. 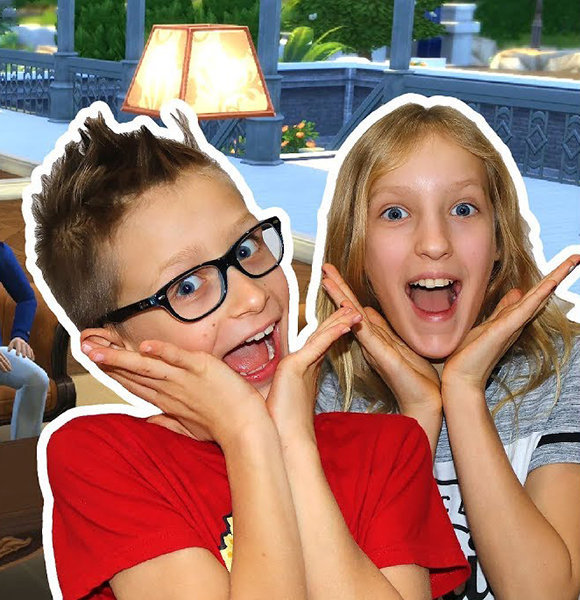 Talent prevails regardless of age, and we live in a digital era where a number of social media like YouTube, Vine, and Instagram helps the young prodigies reach out to millions of people each day.

Many kids have gained immense fame and popularity by the same means. Among them, we are here to talk about a YouTube star: Ronald OMG. His first video was uploaded back in 2016, and till this date, he has garnered more than 900,000 subscribers on his YouTube channel 'ronaldOMG.'

If you crave to know more about this young internet sensation, then keep reading till the end!

For a 9-year-old, Ronald OMG has already achieved what most people wish to achieve in their lifetime. The kid makes a living out of videos that feature him playing games.

Ronald is the younger brother of another young YouTuber, Karina, who owns the channel "Gamer Girl." Besides, Ronald and his sister have a collab channel 'SIS vs BRO' that has managed to gain a whopping 3.7 million subscribers so far.

Because of their success, YouTube awarded both Ronald and Karina with play buttons. The brother-sister duo looked immensely happy after getting silver and gold button for their respective channel on YouTube.

Their YouTube videos consist of fun challenges, daily vlogs, travel vlogs, and creative contents and sometimes, even their parents are involved in their videos.

Ronald and his sister celebrate their One year on Youtube with their parents (Mar 4, 2017)

Their parents are visible not only in their YouTube videos but also on their children's other social media accounts. Neither Ronald nor his sister, Karina, miss an opportunity to flaunt their parents on their social media!

Ronald is very close to his sister, and that can be seen in the videos they upload. Ronald, who celebrates his birthday on 5 September every year, shared a picture of a ride he went on with his sister on his birthday.

While their collab channel features creative contents, Ronald's channel is pretty much exclusively about games. Basically, he plays games helping his viewers tackle the obstacle and move on to the next level while making a commentary.

He mostly relishes the game called Minecraft and Roblox, teaching his fellow gamers to play the survival mode.

Ronald is active on both of his channels, i.e., RonaldOMG and the collab channel with his sister "BRO vs SIS," and at the age of just 9, Ronald earns an estimated $6.2K - $99.7K of income every month.

Their family of four is just like any other family; the only difference is that they have millions of people watching them almost every day.

Stay with us for the emerging updates on Ronal OMG!