By LRU Writer | On: March 20, 2018
Rove McManus, Adorable Family With Wife And Daughter; Chances Of Divorce? A second chance is hard to come by, but when it knocks your door you invite it in. Same goes for the Australian television presenter Rove McManus. Rove McManus, best known for his popular comedy program Rove LA, is blessed again with a wife he adores after losing his first wife to illness. 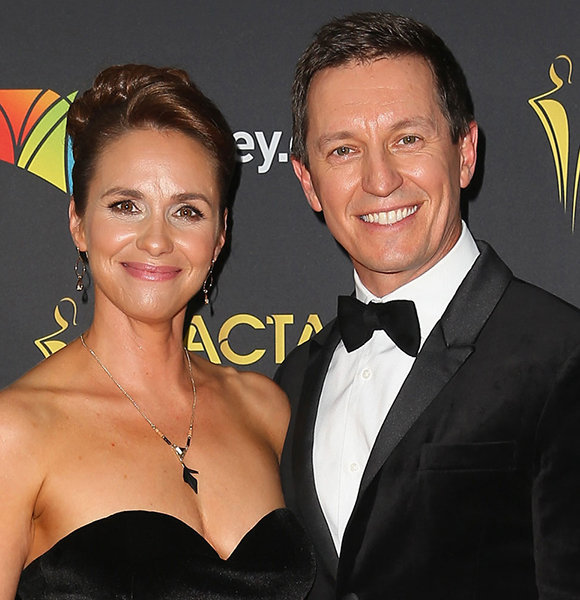 Second chances rarely come by, but when it knocks your door, you don't let it slide away. Same goes for the Australian television presenter, Rove McManus. Rove McManus, best known for his famous comedy program Rove LA, is blessed again with a wife whom he adores after losing his first wife to illness.

Interesting in taking a tour through his life? Tag along.

Rove has been lucky enough to have second chance presented right before him as he is currently enjoying life with his family of three. Rove is married to Tasma Walton, who is best known for her role as Araluen in 'Cleverman.'

The duo was involved in a committed relationship for 18 months before taking the vows of marriage. Tashma proposed Rove by creating a painting that read "Marry me?" after his return from an overseas trip. She even confessed that the proposal was "really really romantic."

Eventually, Rove tied the nuptial knot with Tasma Walton on 17 June 2009 in secret beachside wedding that included close friends and family in Broome, Western Australia. The duo had their delayed "unofficial" honeymoon in South Africa where the couple did some work for Fauna and Flora International, a conservation organization of which Rove is an ambassador.

Moreover, the couple is going firmly in their relationship after sharing over eight years of companionship and also shares a baby together. The pair is blessed with a baby girl, Ruby whom they welcomed back on 16 December 2013. When Ruby was a toddler, Rove was spotted playing around the streets of Sydney's Northern Beaches enjoying his time in dad mode.

However, Rove's wife Tasma who dearly love him admits that parenthood in a relationship can be a challenge. Having a baby and looking after the child as she grows up can cause a lot of questionable arguments among the parents. She admitted,

“parenthood tests a relationship in ways that you can’t possibly imagine.”

But Rove and Tasma seem very happy together, and Tasma said she has found her soulmate leaving fewer chances for their divorce.

Tasma Walton is not the first wife of Rove McManus as he was married to Belinda Emmett, who is an Australian actress and singer, back in January 2005. However, in 2006, just after eighteen months of their marriage, Rove tragically lost his wife Belinda after she lost her battle with breast cancer.

The wedding ceremony took place at the Mary Immaculate Church in Waverley, Sydney. For the couple, the vows expressed by words "in sickness and in health" have special meaning. Rove was with his late wife Belinda supporting her through her battle with cancer.

Belinda who was an actress in Home And Away, met Rove at the opening of Fox Studios in 1999 a year after she got diagnosed with breast cancer.