By LRU Writer | On: February 09, 2017
Rumored Gay Man William Moseley Finally Settled Down With Actress Girlfried. Despite remaining in the story for the much-fluctuated relationship actor William Moseley was alleged to be gay once however the rumor was kept aside when the story of his settlement with his actress girlfriend came forward.

Despite remaining in the story for the much-fluctuated relationship actor William Moseley was alleged to be gay once however the rumor was kept aside when the story of his settlement with his actress girlfriend came forward.

For now, we shall be learning more about his gay scandal followed by his existing and prior dating experiences.

Gay ? If Not Get Hold Of His Previous Dating Story:

In the year 2009, the video of Narnia actor had swarmed the online sites. The content in the video kept the viewers in a dilemma regarding his sexual orientation.

Caption: William with his rumored gay partner in a video uploaded on 31st December 2009

While going through his dating history, he had a relationship with Anna Popplewell in 2005. Though the duo failed to reveal their relationship details they might have met in the set of Narnia Chronicles.

Caption: William and Anna speaks about their character in Narnia in an interview at IGN on 22nd December 2008

The relationship is said to have lasted for around two years, and in the year 2007, they got separated. After the separation, Anna got married to her long-time boyfriend, Sam Caird on 14th May 2016.

While after the rumor William dated the American actress Alexa Hamilton in the year 2008. The relationship survived for around two years as it abruptly ended in 2010 while Alexa is single. Similarly, in the year 2010, William was paired with the Mexican actress Antonia Ortega. Though the couple was spotted together, no further revelation got made as in the year 2012 the relationship is said to have fallen apart while Antonia is currently reported to be possibly single. 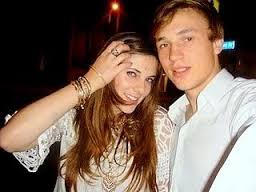 Well with so many relationships before and after, the gay accusation one can precisely say the video got made for the entertainment purpose. Thus William is of straight sexual orientation as he has dated several leading ladies of the Hollywood industries even though the relationship details of his every relationship got kept inside the closet.

Met Ms.Perfect Till Date, Who Is She?

Having worked in the movie Run 2013, William is dating his costar Kelsey Chow. The couple though have not revealed their exact meeting date, but there seems to be a likely chance for them to meet in the sets of Run. Neither Kelsey nor William have officially confirmed their relationship but the pictures uploaded in the Twitter account clarified the on-going love between the duo.

Currently, William is still together with his girlfriend Kelsey as they were recently spotted cozying with each other at the 2017 Sundance Film Festival. Caption: Kelsey and William spotted together at the Sundance Flim Festival (2017).

The couple have been hanging onto each other for around three years which is quite a long time. Maybe William has put an end to his Ms.Perfect search and is planning to settle down soon with his long time girlfriend, or maybe he is taking the relationship in a slow pace so that the both emerging star can outgrow themselves before finally getting hitched and starting a family. Well, hope so the duo stick with each other forever and convert their boyfriend-girlfriend status to husband and wife.