By LRU Writer | On: March 13, 2018
Sacha Dhawan Is Not Gay! Personal Life Details Reveal Partner. One of the drawbacks of keeping one's love life obscure is the gay rumors and the celebrity who has fallen the victim of same is British actor Sacha Dhawan. But the rumors are limited to stories as his dating relationship says it all. So without further ado let's get acquainted with the details of his life. 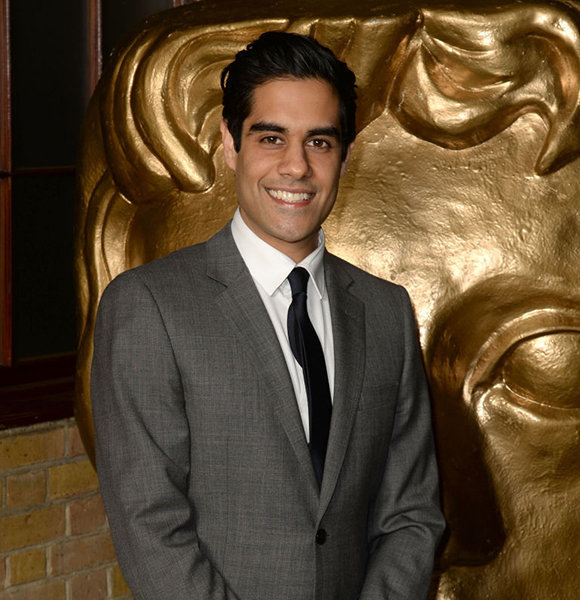 One of the drawbacks of keeping one's love life obscure is the gay rumors that swirls by, and one of the celebrities who has fallen the victim of the same is British actor Sacha Dhawan.

However, the speculations are limited to stories, as his dating relationship says it all about his sexual preference.

The decision of Sacha Dhawan to keep the details of his personal life private as well as the absence of girlfriend or a wife to shield the rumors has given rise to people surmising him as gay.

However, on one rare occasion, Sacha did mention about his girlfriend which suggest that the rumors perhaps don't stand right. In an interview with The Guardian, while talking about his character in TV Movie, The Boy With the TopKnot Sacha drew similarities from his role, Sathnam Sanghera.

He revealed that for years he didn’t tell his parents about his long-term girlfriend, so they didn't know what was happening in his life. Although his mother knew that he had a girlfriend; she was least interested to know more. Sacha expressed,

“My mum knew I had a girlfriend but didn’t want to know too much, or wasn’t accepting of having her round, so we spent years living our relationship out of hotel rooms. It was bloody expensive.”

Being the only son in the family, he was pampered and protected at home, and his family had expectations from him as well.

“Yeah, I was like Sathnam – I was mollycoddled. Plus, I was the only son [he has two older sisters] and there is an expectation that you have to live up to.”

The man who doesn't share his relationship status even with his parents is less likely to share the details about his partner with his fans. However, he may surprise everyone by getting married to his long-time girlfriend, who knows?

Sacha Dhawan was born on 1 May 1984 in Bramhall, Stockport, England to Punjabi parents with Indian roots. He is the only son of his parents and has two elder sisters.

On the occasion of Independence Day of India, he flaunted the pride of his parents via an Instagram post back in August 2017. Although he hails from a Hindu family, he attended a Roman Catholic secondary school. Similarly, Sacha, who is acting since the age of 12, honed his acting skills from the Laine-Johnson Theatre School of Manchester. Moreover, he went to Aquinas College in Stockport and is an accomplished tap dancer too.

The talented actor has gotten associated with numerous acting projects, and his memorable performance can be witnessed in projects like Out of Sight, City Central, Weirsister College, Chuggington, Outsourced, In the Club, Mr. Selfridge, Not Safe For Work, Marvel's Iron Fist and The Boy With the Topknot.

Moreover, his high profile TV shows include Last Tango in Halifax, The History Boys, and Line of Duty, Sherlock.