Sally Dexter Is Not Married? Living With A Long-Term Partner?

By LRU Writer | On: May 27, 2021
English actress Sally Dexter is not looking for a husband to settle down with. The actress has been very silent regarding her love life and has shed some light on her personal life only once... 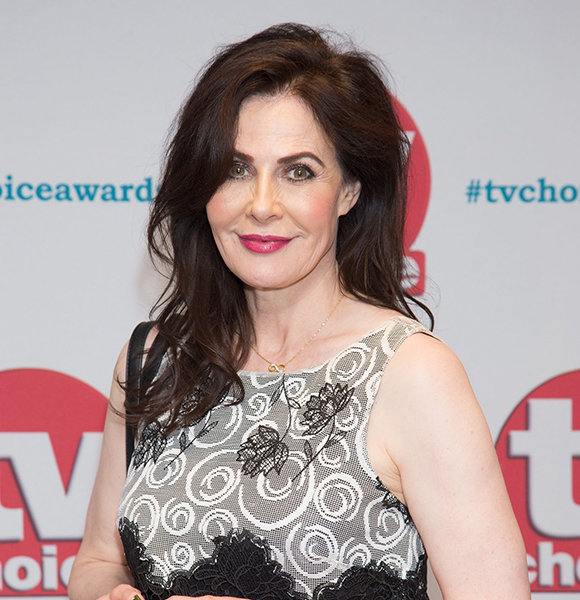 English actress Sally Dexter is not looking for a husband to settle down with. The actress has been very silent regarding her love life and has shed some light on her personal life only once.

Dexter often skips and ignores the matter during interviews. However, she did subtly comment about her long-term boyfriend once.

According to sources, she revealed that she has been living in London with her long-term partner and is thinking of moving to the North with him permanently. She said-

That was the only time the Yorkshire-born actress spilled the beans about her having a partner in her life. She is brilliant and careful when it comes to showcasing her personal life, because of which not much information has come forth about her partner or the timeline of their relationship.

For now, all we should know is that the beautiful Sally is living happily with her partner.

Sally Dexter was born on born April 15, 1960, in England. She attended Chiltern Edge School and later went to The Henley College and the London Academy of Music and Dramatic Arts to study acting.

Sally started her acting career with a theater credit. She gained popularity for her role as Nancy in the first major revival of Oliver!. She has also won an Olivier Award for her performance in the 1986 production of Dalliance.

Although Dexter usually performs on theater, she is seen on the big screen sometimes. Some of her popular on-screen appearances include A Touch of Frost, Dalziel, Pascoe, and Night and Day.

Further, in 2017, Dexter joined one of the most famous British daily soap operas, Emmerdale, where she portrays the character of Faith Dingle.

Her character covers the sensitive topic of double-mastectomy, and during an interview with RadioTimes, Sally expressed that she is grateful to be a part of it.

"I’m delighted we’re covering this issue.There are so many people dealing with this situation and they are not alone. They need not be ashamed. More and more women live and thrive with this condition.”

Moreover, She indicated that she loves working on the sets of Emmerdale.

‘We’d sit in our finery with hot water bottles up our skirts to keep ourselves warm! On Emmerdale, the workload is enormous but the quality of writing is unbelievable. I’m impressed by how it all runs. I look at everyone and think, “Whoa, they are fantastic!” They’re a crack team; they always know what they’re doing, and the challenge is as big as anywhere I’ve worked.’

Her fans love Faith Dingle, and indeed the actress responsible for the perfection!