Sarah Wilson Up Close: Single At Age 44 Or, In A Relationship?

By LRU Writer | On: April 16, 2018
An Australian journalist Sarah Wilson is the New York Times best-selling author, who has penned amazing books like I Quit Sugar, and I Quit Sugar For Life.The former editor of Cosmopolitan magazine has made her amazing works evident through her writings and anchoring. You may be familiar with Sarah's works from her articles and television shows. But do you know, Sarah had mentioned about her past boyfriends in her book? 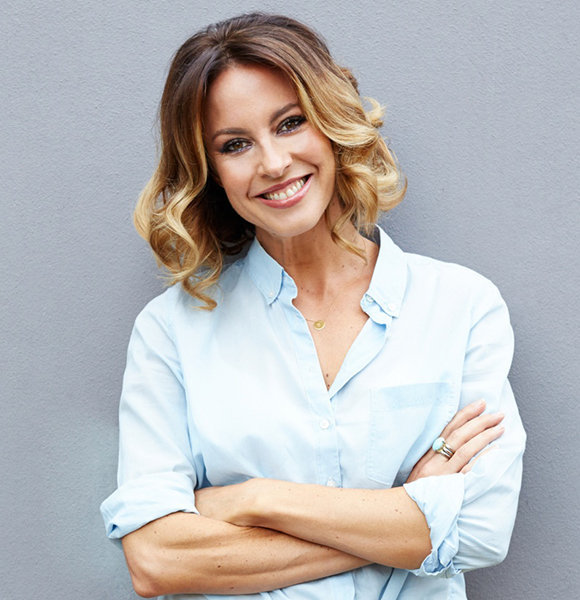 Australian journalist Sarah Wilson is the New York Times best-selling author, who has penned amazing books like I Quit Sugar, and I Quit Sugar For Life.

The former editor of Cosmopolitan magazine has made her amazing works evident through her writings and anchoring. You may be familiar with Sarah's works from her articles and television shows. But do you know, Sarah has mentioned about her past boyfriends in her book?

If you crave to know the story in detail, hang on till the end, as we give you the full story down below!

Boyfriends And Anxiety In Book

If it's about boyfriends and anxiety, the multi-talented Sarah seems to have it all.

"I’ve run 10 kilometres down a mountain in the dark room with no shoes and no bra during my first anxious spiral in the presence of my first boyfriend George. I ran through Florence at 2am another time, with no idea where I was heading."

However, back in August 2012, Sarah shared a tweet, where she revealed that she was single and happy at the time. The tweet was followed by another one, which was a little different.

She posted a tweet in June 2014, which was supposedly "comforting note" for single souls. Sarah's note may also direct to the fact that she was single at that moment.

Sometime after the tweet, Sarah, who has a height of 5 ft 4 inch (1.63 m), started dating Adam Zammit, the General Manager of Entertainment and Culture, but the duo later parted their ways keeping their dating timeline a total mystery. Sarah and Adam who is engaged to actress Diana Glenn (Photo: liverampup.com)

The then-couple ended their relationship while Sarah was writing her book named The Life Natural. The separation hit anxiety victim Sarah hard, as she filled her book, The Life Natural full of anecdotes directing her struggles with her former partner.

Explaining her situation further with news.com.au in March 2017, she stated,

"The Life Natural disappeared for a few weeks, then emerged to tell me my anxiety was too big for him. He couldn’t ride with me. He was deeply sorry."

Sarah also suffered from loneliness after the split, which she explained in the same interview. She said,

“This remains the hardest, most unresolved part of the anxious journey for me, and for many I’ve had the conversation with. The journey has to be done on your own. This is a terribly lonely thing to have to live with. And the loneliness hurts like hell, out there in the dark on your own.”

Penning the book, The Life Natural was not only the writing talent for Sarah, but it was also a way to cope with her loneliness. Explaining to a close friend, she was tired of feeling lonely and wrote a book to get herself busy into.

As of now, Sarah is enjoying her singlehood at the age of 44, and yet to be married. Sarah posted a tweet on March 2018, which also reflected the point she is single.

More To Know About Sarah Wilson

Born in 1974, Sarah celebrates her birthday on every 8 January. One of six siblings in Wilson family, the Canberra, Australia native started as a journalist where she was a restaurant reviewer for News Ltd's Sunday Magazine.

Until early 2008, she served as the editor of Australian Cosmopolitan magazine for four years. Later, she became the fashion editor of Channel Nine's Today Show and a television presenter of Masterchef Australia, in 2009.

Later, she wrote more than 130 weekly columns that appeared in Sunday Life magazine. In January 2011, she wrote her e-book, I Quit Sugar which led her to interview experts and cardiologists about the health problems.

Since then, she has dedicated herself to penning books and finding ways to live healthily.

Keep Visiting for the emerging updates on the life of Sarah Wilson!