By LRU Writer | On: August 20, 2019
Scott Kluth started dating her in 2017 after being introduced to each other by...he separated officially with his girlfriend...as of 2019, the pair were expected to come across one another... 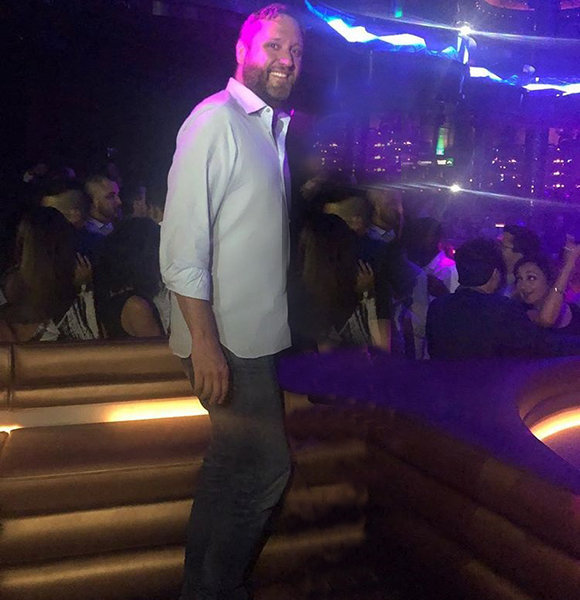 Apart from entrepreneurship, the businessman became a well-known personality from his appearance in the Bravo Network's reality series Real Housewives of New York. He was also one of the members of the 2016 Olympic Committee.

As the only child in the family, the businessman was raised by his late father Gene Warren Kluth and mother, Linda Kluth. Even after the death of his father, his mom supported him in every way possible. Notably, she helped him start his first business by lending him an amount of $5000.

To attain his further education after completing schooling from hometown, he moved to Illinois. There, he attended Northern Illinois University and graduated by 1999.

In today's world, where everyone is affiliated to atleast one social media platform, the entrepreneur seems to have chosen to stay off it.

So, there are no valid sources or reports that hint on his dating status as there's less transparency in his personal life. However, his relationship with reality star Tinsley Mortimer (height 5 feet & 7 inches i.e.1.7 meters) was quite a talked about involvement in the world of showbiz.

He started dating her in 2017 after being introduced to each other by Real Housewives of New York castmate Carole Radziwill. The pair continued a long-distance relationship as Scott resided at Chicago while his girlfriend stayed in New York. Unfortunately, it became hard for them to maintain their long-distance relationship, which resulted in their series of breakup and patch up. However, in October 2018, Scott separated officially with his girlfriend.

More About Their Breakup:- Tinsley Mortimer & Boyfriend Scott Split Amid Talks Of Getting Enaged & Married! What Went Wrong?

As of 2019, the pair are expected to come across one another in the reunion of Real Housewives Of New York. But, wellwishers will have to wait and see if they rekindle their love again and end up getting engaged to one another.

Due to a short appearance in the show, it’s obvious the businessman didn’t take the considerable amount back home. But judging by the scale of his business, it seems he doesn’t need a reality show to boost his net worth.

In 2011, his startup coupencabin.com received a jaw-dropping investment of $54 million from the growth firm JMI equity. Since he has a well-running business at his disposal, he probably is doing well financially.

Also, he is active in humanitarian causes through his The Kluth Family Foundation. The institution got founded in honor of his father, and it provides funds to local organizations that are active in improving the lives of people of Chicago.