Is The On-Screen Firefighter Jesse Spencer Still Dating His Pro Surfer Girlfriend? Looking For Wife Or Busy With Career?

By LRU Writer | On: March 07, 2017
Having given the power packed performance as the firefighter in Chicago Fire, actor Jesse Spencer got rated as the A-list star. Since then his followers started to investigate on his personal life which allowed them to obtain his relationship with a pro surfer girlfriend. Now the question arises, is Jesse married to his girl or is he focusing on his career at present?

Having given the power packed performance as the firefighter in Chicago Fire, actor Jesse Spencer got rated as the A-list star. Since then his followers started to investigate on his personal life which allowed them to obtain his relationship with a pro surfer girlfriend. Now the question arises, is Jesse married to his girl or is he focusing on his career at present?

Still With His Surfer Girl, Or Engaged To His Career?

In the early year of 2010, actor Jesse Spencer began to date the pro surfer girl Maya Gabeira. Though the pair failed to disclose about their ongoing love to the public the source reported them to be dating since past two years. Hence in the year 2012 in the month of October Jesse revealed about his ongoing relationship with his surfer girlfriend to a source where he shared his past dating experience followed by his current dating experience. He said:

“All of my girlfriends have been actors, and I’ve realized that maybe it’s not for me and find something else outside of the industry. And Maya, she’s still in an industry that’s similar, which I can relate to it; she’s in the public eye a bit.”

Since then the pair was caught snuggling together in a theater in the month of July at Santa Monica’s Third Street Promenade. 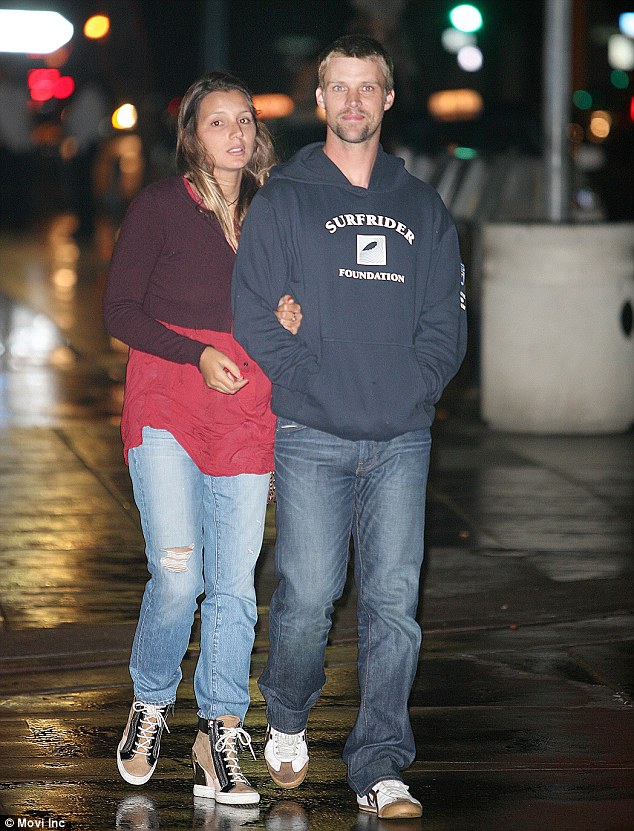 Caption: Jesse and Maya after their movie date at the wet streets of Santa Monica (2013).

Followingly in the same month, Jesse and Maya went out for a romantic date at the Malibu beach, where the pair was enjoying surfing in the waves. Caption: Jesse and  Maya riding and surfing waves at the Malibu Beach (2013).

Well, we thought the relationship between the two were sailing in good pace while all of a sudden in the year 2014, Jesse was spotted with an unknown lady before at the LAX terminal. Likewise, the relationship with Maya lasted till 2013 as he was seen with a mysterious woman in an intimated situation after that. Jesse has remained quiet regarding his break up with Maya along with his new relationship while no relationship update of Maya Gabeira got obtained. 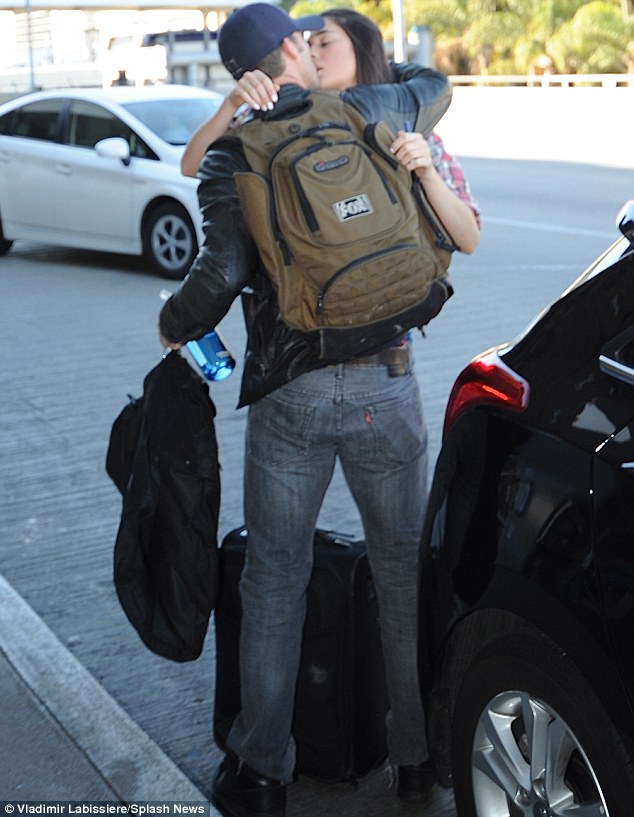 As no details with the mysterious girl got revealed looks like the relationship has ended with the girl as at present in 2016, Jesse got surrounded in the speculation of dating his co-star Monica Raymund (Gabriela Dawson) from the series “ Chicago Fire.”  In the series, Jesse(Cassey) was madly in love with Dawson but due to some misfortunate, the relationship abruptly ends.Seems, like the actor doesn't want to end his relationship with the lady off screen hence, the actor is spotted frequently together.

Caption: Destined to be together, Jesse (Cassey) and Monica (Dawson) romantic moments in "Chicago Fire" (2015)

Though Jesse made no confirmation regarding his affair with his co-star the actor in an interview with glamour.com revealed about his on-screen relationship with Casey and Dawson. He said:

I think probably, but I don't know if they're going to be able to work it out if she stays on the truck. It's timing and placement. If she was a different house, I think it would work, but with her ambition, the industrialist's gonna take precedence over the relationship, and Casey respects that, but it's hard as well. But that's fun interplay between us, especially since we're now broken up.

Similarly, when asked by the interviewer about his dating spree in Chicago Fire, Jesse said,

“I think it's better in Chicago. It's more.I feel like the Midwest is more...how do I say it? The temperament of the Midwest is kind of like Melbourne Australia in a way. Ittechnicalside and a city center, a good community, they love their spots, so I fit right in in Chicago. I think it's a great town to date! Absolutely! L.A. is not a dating town. I agree with you.”

Currently, Jess is spotted with his co-actor frequently; therefore a slight doubt exists regarding their ongoing relationship as Jesse has uploaded several pictures of them together in his social media,

Similarly, in the month of April 2016, Jesse was with his co-star from the "Chicago Fire",

Maybe due to his past unhealthy relationship with several actresses like  Jennifer Morrison (2006 - 2007),  Louise Griffiths (2009 - 2010), Kali Woodroof and Maya Gaberia the actor is no mood to disclose about his existing relationship with the actress.

With a long dating series, we can surely say that the actor is neither gay nor married to any of the actress making them his wife. And with the blooming secretive affair maybe in the forthcoming year, Jesse will get married to his co-star or at least disclose about their dating cycle, till then all of his fan followers must wait patiently so simply enjoy his series” Chicago Fire.”