By LRU Writer | On: February 23, 2018
Sergei Polunin Turned Dancing Partner Into Wife? Similarly, the curiosity regarding the romantic life and wedding of a principal ballet dancer, Sergei Polunin has soared in the media. So, is there any chance of Sergei getting married anytime soon? He did have a dating affair which stood a chance to be escalated into marriage.So, let's take a stroll in his romantic life to known more. 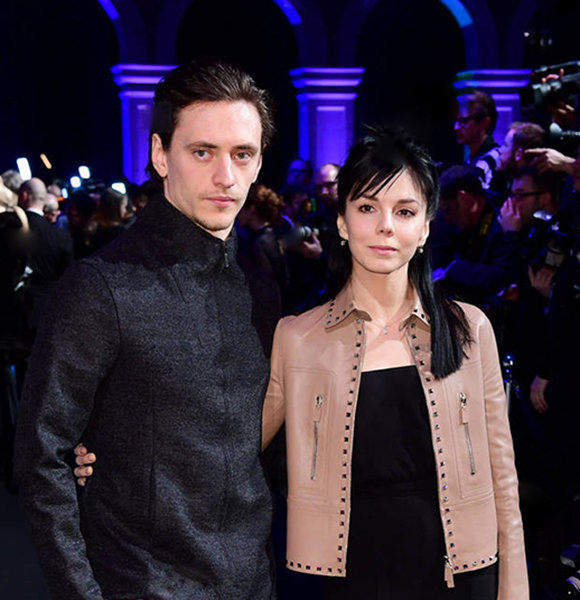 Marriage is a commitment and even a decision to resolute the hindrances together which may arouse throughout the life. Marriage is a personal choice, but at times a celebrity's fans are more excited to know when their loved star would exchange vows.

Similarly, the curiosity regarding the romantic life and wedding of a principal ballet dancer, Sergei Polunin has soared in the media. So, is there any chance of Sergei getting married anytime soon? He did have a dating affair which stood a chance to be escalated into marriage.

So, let's take a stroll in his romantic life to known more.

Sergei Polunin, Royal Ballet's youngest-ever male principal dancer, was keen towards dancing since his childhood. However, by the age of 21, he was almost on the way to quit dance after he went through several allegations.

But he changed his mindset after he was invited by talented ballet dancer Natalia Osipova to be her partner in 2015 performance of Giselle at La Scala. Henceforth, after their first meeting, they gradually enjoyed each other's company and eventually, fell in love and started dating each other. The couple, who grasped applause from the audience after their dual performance in Giselle at La Scala, kept their relationship suspicious for a moment. However, Polunin fueled the suspicion by introducing Natalia to his mother back in April 2016. And eventually, he acknowledged her as his girlfriend.

Polunin relationship with Natalia worked as an oracle for Polunin to pursue his dancing career. Furthermore, Polunin himself even confessed about the prominence of Natalia in his life, while speaking with Bazaar.

"For me, it was very important. Before Natalia, I couldn't stay longer than three days in one place, but she grounded me. When you love someone – well, it's the essence of life. I had never had a good grounding before her. Everything else is now secondary." Sergei even lived together with Natalia in London, but throughout their dating life, no clue of the duo getting married and proclaiming each other as husband-wife flashed out.

Relationships are delicate, and chances of failure are associated with it. Similarly, Sergei and Natalia's relationship proved to be weak in the test of time, and as per reports on September 2017, they are in no more in a romantic relationship, but they still work as a dancing partner.

Prior to Natalia Osipova, Sergei was in a dating relationship with a Royal Ballet dancer, Helen Crawford.

Being a celebrity has its drawback, and one of the rumors which celebrities get entangle with is- gay or lesbian rumors; Sergei too has been conjectured to be gay. Further, he hasn't come forward to address such rumors so arriving at any conclusion would be meaningless.

Sergei  Vladimirovich Polunin was born on November 20, 1989, in Kherson, Ukrainian SSR, USSR to the parents Galina and Vladimir Polunina. Sergei, who stands at the height of 5' 10¾" (1.8 m), began his career as a  gymnast but eventually started training as a dancer at the Kyiv State Choreographic Institute and the British Royal Ballet School. To pay the fee at Kiev’s ballet school, Sergei's father went to Portugal to be a gardener and his grandmother to Greece to work as a caregiver.

After then, by the age of 13,  he won a prize at the 2002 Serge Lifar International Ballet Competition, and at the same age he left his family and moved towards Russia. He became the Royal Ballet's youngest-ever male principal dancer at the age of 19. At 21, he started filmmaking.

His film credit includes 'Murder on the Orient Express,' 'The Phantom of the Opera at the Royal Albert Hall,' 'Peter and the Wolf' and 'Alice's Adventures in Wonderland.'