By LRU Writer | On: February 11, 2018
Shaun Johnston Has Both Love And Laugh In Married Life With Wife; The Coolest? Relationship goals are hard to find in today's world, where every second mark the making or breaking of couples. But, the American actor and director, Shaun Johnston's life, is different in a beautiful way, as his relationship with his wife might just live by the example of relationship goals that you are looking for. 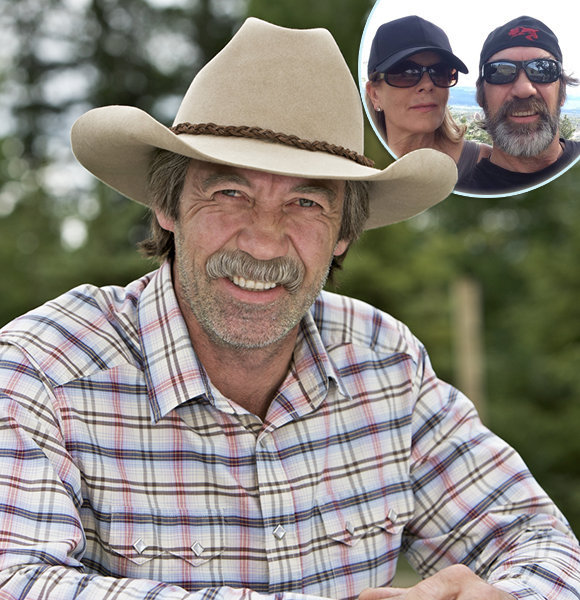 Relationship goals are hard to find in today's world, where every second mark the making or breaking of couples. But, the American actor and director, Shaun Johnston's life, is different in a beautiful way, as his relationship with his wife might just live by the example of relationship goals that you are looking for.

The 59 years old, Shaun Johnston shares a story you don't want to miss. Well, why don't you uncover his married life down below!

Shaun Johnston is a married man; however, he has neither brought out his wedding snaps nor shared about the first meeting with his wife out in the open. It is only known that he does have a life-partner named Sue.

Shaun revealed about his wife and sons in one of his interviews on November 24, 2009. During the series of questions and answers, Shaun quoted “he married for love, and she’s a city girl.” He also revealed that he has a family with wife including two sons.

His interview disclosed that Shaun is, in fact, a married man but it’s his social media that reveals the goodies of his married life with his wife. Shaun took to his Twitter where he shared one of his moments with his wife and friends on 14 November 2015.

Talking about his son, Cael, Shaun made another tweet on 30 March 2016 where he mentioned his son is taking him to Oil Kings playoff game.

Shaun opened up to his humorous side when he posted a Facebook post on April 14, 2016, with the caption,

“Me 'n my Sue out for a stroll on Knox Mountain over Kelowna (I still can't believe she married me). Sj”

Shaun’s wife, Sue also joined the humor when Shaun took the humor to aware his followers of the road accidents on the occasion of Halloween in November 2016.

Well, that’s not all! Shaun made further Instagram upload on July 28, 2017, where he mentioned his wife as "two' cool for school."

Shaun's social media is enough to witness the love and humor the couple shares in their married life. The 59 years old Shaun's married life is nothing less than a romantic story followed by some healthy humor. Moreover, Shaun sharing the strong bond with his wife even at the age of almost 60, can be a relationship goal for many.

Well, Shaun Johnston is not only successful in his marriage but is prosperous career-wise too. The director and actor, Shaun, who garnered much fame in the 2007 series Heartland, has walked a long way in his career.

The Ponoka, Alberta native made his debut feature film appearance as a loose-living biker in the comedy-drama 'Two Brothers, a Girl and a Gun(1993),' which awarded him an Alberta Film & Television Award for best actor. His other credits include The X Files (1995), Lonesome Dove: The Outlaw Years (1995), North of 60 (1997) and several episodes of The Outer Limits (1995–2001).

Shaun is currently enjoying both the happiness from his family and the net worth from his career, which is yet to get revealed.