Sheila Walsh Lived By Her Cancer Diagnosis! Has A Blessed Family After Getting Married The Second Time

By LRU Writer | On: October 26, 2017
Sheila Walsh Lived By Her Cancer Diagnosis! Has A Blessed Family After Getting Married The Second Time. The former co-host of The 700 Club, Sheila Walsh is someone who survived a misery-filled past, and now, successfully takes a job of encouraging people who are struggling with anxiety and depression.Sheila is precisely a Bible teacher who lives her gifted life, making God's Word practical. She, now, is a part of a blissful family and help other families to achieve their joyous lives. 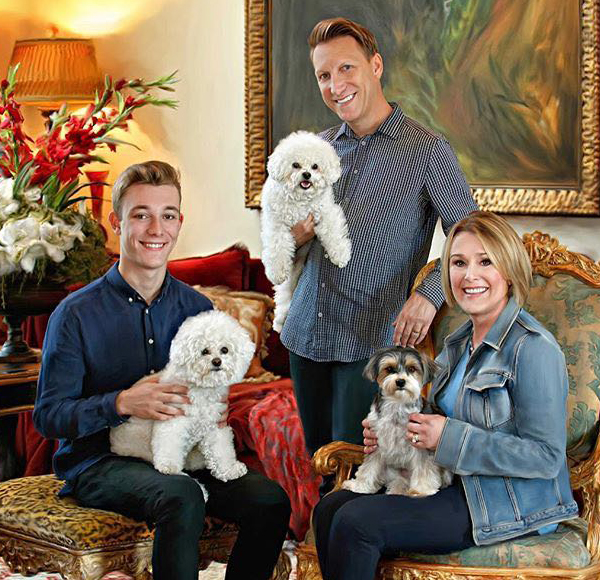 The former co-host of The 700 Club, Sheila Walsh survived a past filled with misery, but now, she has successfully taken a job of encouraging people struggling with anxiety and depression.

An encourager to over 5.5 million women around the world, Sheila is precisely a Bible teacher, who lives her gifted life, making God's Word practical. She, now, is a part of a blissful family and help other families achieve their joyous lives as well.

Well, if you are interested to know the family life of this Scottish-born singer/songwriter/author, then you are going to have all the details with your few minutes of reading.

The Family Life Of Sheila Walsh:

Sheila is a member of a Christian family of Scotland, which includes her Late father, mother, and her siblings; an older sister Frances and a younger brother Stephen.

Deprived of father's love due to brain thrombosis, Sheila and her siblings received the faith and care of her mother, which helped in their emotional and physical growth.

In regards to her educational growth, she moved to London and joined London Bible College(now London School of Theology) to study theology when she was nineteen.

As of marital relationship, Sheila was married to Norman Miller and spent eleven-year conjugal connection with him before ending their marriage in a divorce in the year 1992.

One of her books called "The Longing In Me" also covers her first married life, which, as she mentioned in an interview with Randy Robinson in Life Today, wasn't one of her wise decisions.

The loss of her father and then a dejected relationship with Norman, these all got her into a darkness of depression, which finally led her to a psychiatric hospital. However, she managed her depression through prayer, reading the Word, therapy, and medication.

Moreover, she had a battle with despair when her doctor assumed her to have a cancerous tumor, which she shared on a show called "Life Today" with James Robinson.

Sheila is now involved in a marital relationship with Barry, after tying a knot with him when she was 38. The couple also shares a son named Christian Walsh, who was born in the year 1997.

The family now lives in their home in Dallas with their three little pets.

Sheila, the better-half of Barry, also shares her married life visible to her fans through her social media posts. Last year, she tweeted to wish her husband on their 22nd marriage anniversary in early December.

Born to Christian parents on July 5, 1956, in Ayr, United Kingdom, Sheila is popularly known as a host as well as an author. She previously co-hosted shows like "The 700 Club" with Pat Robertson and Rock Gospel Show on BBC and "Life Today," which aired in the U.S., Canada, Europe, and Australia.

Moreover, she is also known as the author of books "The Longing In Me," "The Storm Inside," "Loved Back to Life" and "In the Middle of the Mess" and "Broken Life."

Sheila, who joined Youth for Christ as a music evangelist singing and speaking in schools, colleges, and churches after the completion of her college studies, regularly tours places, singing and delivering her inspirational speeches.

As of recent, she has an upcoming event on this October 28 at Beach Church in Myrtle Beach, South California.