What Is Shervin Roohparvar's Age? Details On Shahs Of Sunset Celebrity & Entrepreneur

By LRU Writer | On: April 02, 2018
What Is Shervin Roohparvar's Age? Details On Shahs Of Sunset Celebrity & Entrepreneur "Have you been following Bravo reality series Shahs of Sunset? If you have, then you must be familiar with Shervin Roohparvar who casts on the documentary series.   Well, ever wondered what his life away from the cameras looks like? Let's read as you will find out a different side. 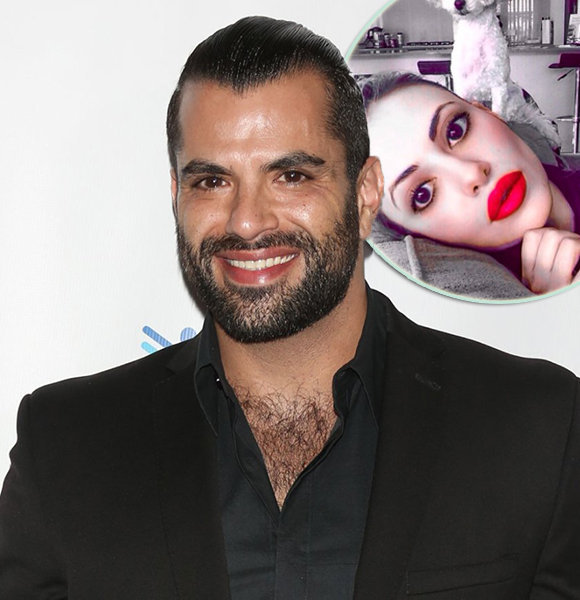 Have you been following Bravo reality series Shahs of Sunset? If you are, then you must be familiar with Shervin Roohparvar, who casts on the documentary series.

Well, ever wondered what his life away from the cameras looks like? If yes, then the content below is just for you!

Everything To Know About Shervin Roohparvar

Shervin Roohparvar, whose nickname is AlphaSherv, was born in 1980 and celebrates his birthday every year on 21 of August. He was born in the United States where he earns his living as well.

Shervin Roohparvar, who is 37 of age, is an entrepreneur from Silicon Valley as well as the CEO of several technology companies. His dedication towards his job indeed helped him to find success in the tech, hospitality, nightlife, and retail industries.

Shervin is the owner of two computer companies in a tech space situated in Silicon Valley. Prior to his appearance in the reality show Shahs of Sunset, Shervin was creating waves with technology at an early age via various successful startups leading up to his latest projects as Partner for Munition - a high-end headphones line. He also owns a headphone company in San Diego.

Moreover, Shervin also serves as an Investor and partner within the Aston Manor/Maison Tavern hospitality group. He recently stepped into fashion industry contributing to a retail business with the launch of Estate, a high-end urban streetwear store.

Furthermore, he owns a clothing boutique, a club as well as a restaurant in Seattle.

Besides work, Shervin is into traveling, spending time at the shooting range and collecting new and classic cars. Likewise, he is also a keen supporter of PARS Equality and the Aryana Health Care Foundation.

Shervin undoubtedly earns a massive amount from his multiple businesses and has accumulated an enormous net worth to his name, despite the fact that the exact figures, till this date, remain confined.

Shervin Roohparvar debuted on the reality show, Shahs of Sunset is as eye candy for many appreciative straight women and few gay men who are part of the show.

Shervin went on a date with Annalise Vanessa Carbone on the show, but the date didn't appear to go well, but despite that, the duo gave the long-distance relationship a chance. Shervin, the charmer with high standards, is in a serious relationship with Annalise.

Shervin, in an interview with HuffPost, opened up about the relationship that he shares with his girlfriend where he stated:

" All I can tell you is that all viewers will see our relationship go through a major struggle and develop one way or another this year."

Nevertheless, he also expressed that he truly loves her and if he had met her a few years later things would have gone a lot differently.

Keep Visiting for the emerging updates on the life of Shervin Roohparvar!