By LRU Writer | On: February 21, 2018
Lucky Man! Sinqua Walls Low-Key Dating; Meet The Gorgeous Model Girlfriend But the actor Sinqua Walls has maintained a very low profile personal life. So, if you want to know about his dating life then, you will enjoy this segment which is dedicated to the romantic front of the actor. So without further ado let's dig in! 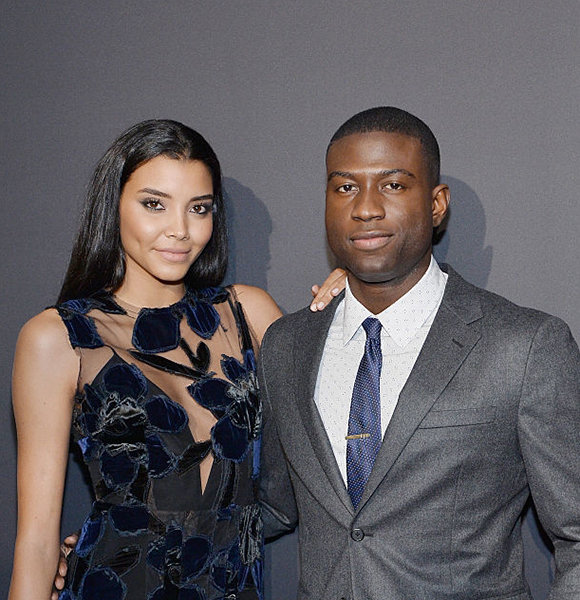 If you have watched MTV's Series, 'Teen Wolf,' then you might know the werewolf 'Boyd' in season 2 and season 3 of the series. Well, the actor Sinqua Walls portrayed the recurring role of Vernon Boyd so justifiably that everyone's attention stuck on him.

But the actor Sinqua Walls has maintained a very low profile personal life. So, if you want to know about his dating life then, you will enjoy this segment which is dedicated to the romantic front of the actor. So without further ado let's dig in!

The 'Shark Night 3D' star, actor Sinqua Walls is often tight-lipped when it comes to talking about his girlfriend and love relationship. However, he was spotted with his model girlfriend, Nickayla Rivera while spotted taking his model-girlfriend to the movie theater at the Grove in LA, back in June 2016. Also, Sinqua and his partner attended a wedding ceremony together back in September 2017. And further, the actor uploaded the picture on Instagram with the newly married bride and groom alongside with his girlfriend.

Well, talking about his past relationship, previously, the actor was in the romantic relationship with the actress Naturi Naughton. They were dating back in 2016, but the romantic union couldn't last long as they went separate ways without disclosing the reason behind their split. Although the actor is enjoying a romantic life, he prefers to keep it a low-key. However, he does share a glimpse of his lovely relationship with his fans, and his fans are hopeful that he would share the details from his romantic life, more often in days to come.

The American actor Sinqua Walls was born on the 6th April 1985  in Louisiana, US, as the third child of his parents. His family moved to Los Angeles from Louisiana and attended Beverly High School.

Well, Walls knew that acting is what he wanted to do since the age of eleven after he watched "The Radio Flyer," which was the first movie he had totally memorized. In 2007, to pursue his passion for acting, he attended and graduated from the University of San Francisco arts program where he studied Theatre and Film.

Sinqua, who stands tall at the height of 6'2"(1.88 m), has appeared on Blue Mountain State, Pair of Kings, Friday Night Lights, Lincoln Heights, Grey's Anatomy, The Secret Life of the American Teenager, MTV's Next and Necessary Roughness.