Stephanie Beard, Boyfriend Dating Blissfully! Getting Married A Next Step?

By LRU Writer | On: March 14, 2018
Stephanie Beard, Boyfriend Dating Blissfully! Getting Married A Next Step? The film and television actress Stephanie Beard is also known for her role in the 2016 comedy feature Mike and Dave Need Wedding Dates. Like in the movie, she is in a blissful relation with her boyfriend but does she have any plans to take her relationship further? 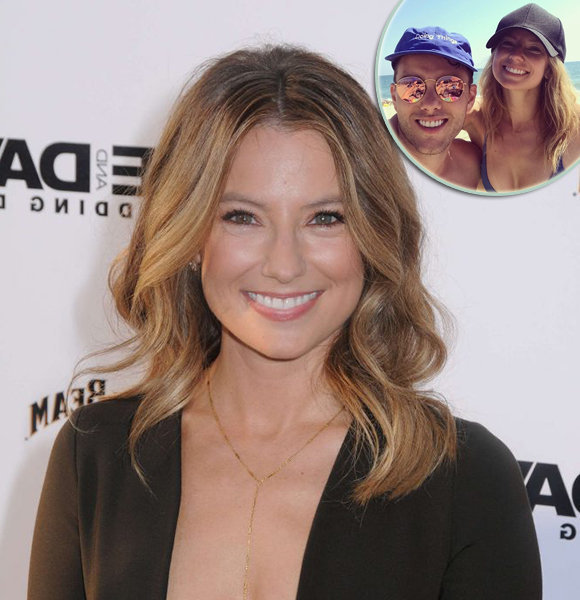 The film and television actress Stephanie Beard is also known for her role in the 2016 comedy feature Mike and Dave Need Wedding Dates. Like in the movie, she is in a blissful relation with her boyfriend but does she have any plans to take her relationship further?

Keep reading to take a peek at her ever loving boyfriend and find out her future plans if there exists any.

Canadian Actress and producer Stephanie Beard managed to remain concealed about her relationship status in the past. However, she somehow hinted us about her love life, her man, through her Instagram profile lately

Delving into Stephanie Instagram, we found some pictures relevant to her personal affairs. Recently on 13 January, Stephanie posted a picture of a couple where she was proposed to go to Mexico by her man and guess what, she accepted the proposal! However, the guy's name wasn't disclosed.

Eventually down the line, the guy came forth confirming their romance by dedicating a post to his girlfriend on Valentine's day this year. Not only did he express love for Stephanie but also gave away his identity. Stephanie's boyfriend goes by the name, Mark Spencer.

Not only that, her beau, Mark Spencer took his Instagram to share picture envying her Valentine’s Day.

Recently on 27 February,  Mark updated another sweet couple photo with the adorable caption:

Sug: “Baby, do you think you could pick me up?”

Me: “Sweetie, I’ll always be able to pick you up.” #mylove #sanoma#kundewinery

Stephanie is dating her partner, Mark, who possibly could be her future husband; however, their wedding plan is yet to come forth. But by the looks of their flourishing love, romance, the big day might soon be on its way ahead, who knows?

Though Stephanie doesn't reveal many details of her parents, she regularly keeps flaunting pictures, expressing her love for them on social media sites.

On 12 May 2014, she wished her mom on mother's day and expressed the affection she possesses for her. She took her childhood picture, with her beautiful mom and decorated the caption with her feelings,

"Thanks for continuing to teach me how to walk, Mum. Happy Mother's day bonnita Bonnita!!!"

Similarly, on 18 June 2017, Gorgeous actress Stephanie took to her Instagram to share a photo wishing her dad "Happy Father's Day." The caption itself spoke volumes about the kind of bond that the father-daughter duo shares. Their smile is as ecstatic as their relationship! Stephanie Lyn Beard who is mostly recognized by name Suga BayBee was born on August 27 of 1981, in Scarborough, Ontario, Canada. She is an actress, singer, songwriter as well as radio host who stands at the height of 1.5 meters (4 feet 11 inches).