Stephanie Beatriz Was Happily Dating Her Boyfriend But What About Now? Also Embraced Her Sexuality; Lesbian?

By LRU Writer | On: January 11, 2017
Society has become more open and welcoming for LGBTQ people. Due to this, there has been more coming out of the people who identify themselves as other  than being straight. Actress Stephanie Beatriz who is popular for her role in Brooklyn Nine-Nine has also come forward as a Bisexual- attracted to both men and women. Let us find more about her. 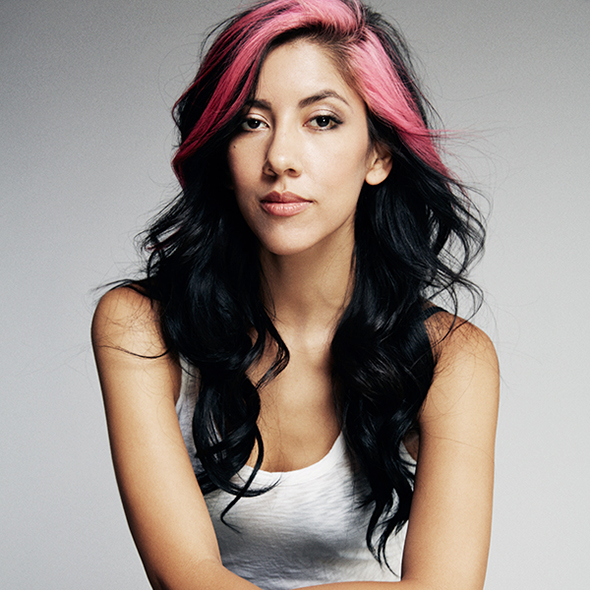 Society has become more open and welcoming to LGBTQ people. Due to this, there has been more coming out of the people who identify themselves as other than being of straight sexuality. Actress Stephanie Beatriz who is popular for her role in Brooklyn Nine-Nine has also come forward as a Bisexual- attracted to both men and women. Let us find more about her.

As much do we know, Stephanie was once in a normal romantic relationship with her boyfriend. We know she had a boyfriend because she has mentioned about her boyfriend in one of her statements,

“My boyfriend and I adopted a 10-year-old Chihuahua-Pomeranian mix, named Banjo, and he has really bad arthritis.”

However, his name is not revealed.

Currently, she is single and not dating anyone, and it’s not known if getting married and having a husband falls in her plans.

Stephanie Comes Out As A Bisexual:

By the mid of 2016, Stephanie came out as a Bisexual - attracted to both male and female. She made the announcement of being a lesbian via Twitter account and it was confirmed that she was a bisexual by commenting “Yup” in response to a quote on Twitter from Aubrey Plaza which said, "I fall in love with girls and guys. I can’t help it.”

When asked to elaborate, she replied “yes y’all”; also adding the emoji which shows a man and a woman kissing and two women kissing.

More Confrontations On Being A Bisexual:

In an interview when asked what was behind the decision to make her sexuality a matter of public interest, she answered,

“ You know what’s funny? I didn’t even think of it as—everyone’s like “She came out!” And I’m like, “That’s so funny.” I’ve never hidden it. I never think of Twitter as really—I don’t know. I know social media is a public forum, but I really feel like it’s a way to connect to people, other human beings. And so to me it’s like a weird electronic coffee date. So I say all the things I would normally say to my friends, and when Aubrey posted that article, I was like “Yeah, totally!” So I retweeted it, and everyone was like “What’s happening!?” which was really sweet.”


Her traditionally Catholic parents when they knew about their daughter’s sexual inclination was surprised at the beginning, but she says,

“I think they’re 100 percent loving, wonderful parents and love me no matter what.”

Stephanie Beatriz is a famous face who played different roles in television series like The Closer, Southland and Brooklyn Nine-Nine. She also did films such as Short Term 12, You’re not you and Ice Age: Collision Course. This all contributes her to have good earning and thus her net worth values $1 million.