By LRU Writer | On: February 26, 2017
Stepping One Step Forward From Dating Affair Jillian Murray Gets Engaged To Actor Boyfriend. The exhilaration and thrill of taking your relationship to the intense fondness level are a lot more distinct filled with unbound happiness.The American actress Jillian Murray must be floating on cloud nine after she got engaged to her long-term boyfriend of six years. 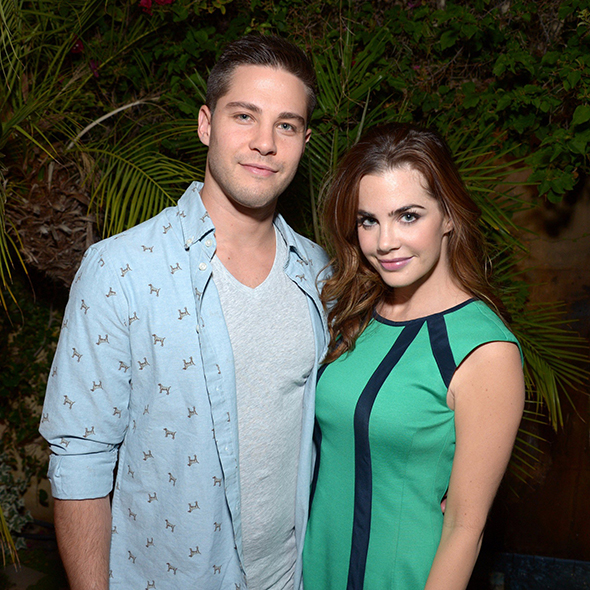 The exhilaration and thrill of taking your relationship to the intense fondness level are a lot more distinct filled with unbound happiness.The American actress Jillian Murray must be floating on cloud nine after she got engaged to her long-term boyfriend of six years.

Today, we shall go through the engagement details of Murray followed by her marriage plans shortly.

Partially Hitched; Fairytale Engagement Or A Random One?

On the late days of December 2016, Jillian Murray hit the headlines with the news of her engagement with her six-year long man singer-actor Dean Gayer. Murray got proposed by Dean at a photo booth with a perfect two-karat diamond ring with a flashing of beaming cameras. Though the newly engaged couple spoke nothing about their engagement details, their close representatives talked to the people.com, they said:

“So after attending a Broadway play, he took her to a photo booth and got down on one knee while the camera was flashing so they could capture the moment forever with Jillian’s dream ring, a flawless two karat diamond.”

They also spoke about Dean’s plan to propose his girl on their vacation to Australia but had to change his plan as Murray was unable to make it out to the annual holiday trip. They said:

“He had to quickly change the plans and decided he wanted to do it in a photo booth.He knew he could get the pictures but still have it be a private moment.”

While Dean shared his happiness of getting engaged through his Instagram with a giant "Yes."

The lovely couple is smitten together and is enjoying their new relationship with no further details of marriage plans. Through their Instagram posts, one can easily get hold of their strengthening relationship as they had recently celebrated Valentine's Day together.

Jillian had met Dean on the sets of Never Back Down 2 (2011).The news of their relationship flashed out when Dean on an interview with Daily Telegraph spoke about his new found love and revealed her name after dating for a year. He said:

"I'm really, really happy now. I met my girlfriend on the set of Never Back Down 2. Her name is Jillian Murray and she's American. We've been together for a year.I'm so glad I did that movie, for sure."

Thus, the fairy tale planned proposal turned out to be more romantic. Since then the couple has become an exemplary personality for that couple who are living in a dilemma about the longevity of sustaining their relationship. They have never been surrounded by any rumor of break-ups or other linkups and are peacefully enjoying and living their romantic life.So we sincerely pray for their love to bloom with the pace of time and soon they share the good news of their marriage!