By LRU Writer | On: September 02, 2019
Steve Buscemi was married to an artist, and filmmaker from New York...story of how the actor met his wife...son is also an actor and appeared in his wife's acclaimed...his accumulated net worth doesn't come as a surprise 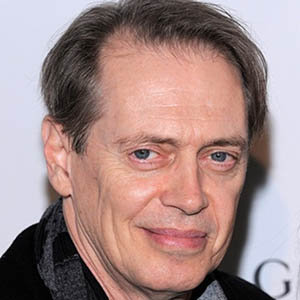 Celebrity affairs and divorces alongside petty controversies are everyday happenings in Hollywood. Just go through some of your favorite stars' personal lives, and you'll come across a long list of relationship turmoils that they couldn't manage to handle.

But, notable actor Steve Buscemi doesn't fall under that radar. His personal life was a well-lived one, and his marriage was something rarely seen in the industry.

Even after unfortunate events that fate had in store for him, the Broadwalk Empire lead managed to hold on to the memories left by his loved one.

Steve was married to Jo Andres - an artist and filmmaker from New York. Ever since the couple said their wedding vows in 1987, their marriage flourished with every passing day.

Although the pair had some ups and downs by the road, their relationship never crumbled.

During Steve's younger years, Jo had once left him to travel to Europe with another lover. As a true artist, he had coped by writing songs for her.

The actor even jokingly mentioned writing songs as a pain-reliever if his wife ever left him. Unfortunately, she left him for something inevitable: death. On 6th January 2019, Jo lost her fight to a rare medical condition called Encapsulating peritoneal sclerosis at the age of 64. Steve Buscemi and late wife Jo Andres at the premiere of movie Puzzle on 2018 (Photo: people.com)

Likewise, the artist's wife's funeral was held three days after her death in the presence of family members and loved ones.

After her death, Steve continued to remain vocal about the support his other half had provided him. He even cited his late wife as his inspiration during his award acceptance speech at the National Association of Theater Owners.

Likewise, the Golden Globe-winning actor also dedicated the award to his brother Michael Buscemi and his only son Lucian Buscemi, born in 1990. Steve's son is also an actor and appeared in his wife's acclaimed 1996 movie, Black Kites.

Steve Buscemi is a wise man when it comes to his finances. He has invested his fortunes in different sectors, including real estate.

Back In 2009, there were reports that the actor owned a property in Brooklyn costing $5.7 million. On top of that, he had also purchased a condo in the Western side of Las Vegas in 2006 for a sum for $2 million.

As of now, the 61-year-old performer has managed to secure a net worth of $35 million. Since he makes receives a salary of $75 thousand per episode from his TV shows, his accumulated net worth doesn't come as a surprise.