By LRU Writer | On: June 11, 2021
Finding the special one, the right partner in life is certainly an arduous task, which might lead to multiple dating affairs. The British model and actor of Hollyoaks fame, Stuart Manning knows the pretty well, as he had multiple dating relationships on his side and was linked with plenty of women. But has he found his special one, or still stuck on searching? 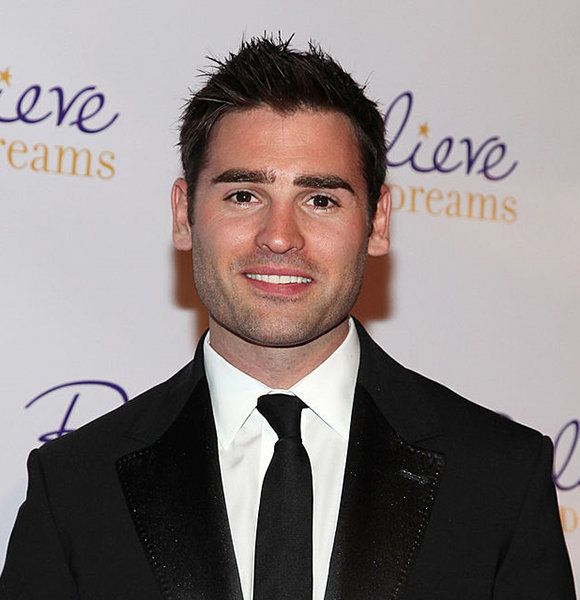 Finding the special one, the right partner in life is certainly an arduous task, which might lead to multiple dating affairs. The British model and actor of Hollyoaks fame, Stuart Manning knows the pretty well, as he had multiple dating relationships on his side and was linked with plenty of women.

But he was not lucky on the dating life; however, he was spotted getting cozy with the former on-screen wife as he returned to the show Hollyoaks after almost a decade.

Born on 27 May 1979, Stuart Manning made a major career breakthrough from ITV soap opera, Night and Day back in 2004.

Well, it was the same year that he attracted the public's attention through his dating rumors with Scottish pop-singer, Lulu. He was spotted partying together with Lulu, Scottish singer-songwriter at the David and Victoria Beckham's lavish 2002 World Cup send-off party in August 2004.

But what attracted more was that the age difference between Stuart and his rumored-girlfriend, Lulu. Stuart was 3 years younger than Lulu’s son, and that sparked the public curiosity in short time.

However, in an interview with thefreelibrary.com in August 2004, the son of Patricia Manning denied the dating rumors with Lulu. Instead, he revealed the pair's relationship never went physical. Instead, the Night and Day actor termed their relationship as a friendship. As per Stuart,

"The truth is we were just friends, Anyone who knew me, knew we were just mates. Lulu's a lovely lady. I saw her in the paper the other day and she looked tremendous, great for her age. We'd been out for dinner a few times but that was it. The whole thing was silly. She's fantastic and we're still friends."

In the same interview, he confessed his dating scenario with someone else rather than the Scottish singer, Lulu.

After denying dating rumors with Lulu, the English actor confirmed dating with the singer of the band Liberty X, Jessica Taylor in the 2004 interview. Stuart readily confessed about their dating scenario and described how he had love at first sight with her.

Not only that, he even went far to clear his intentions on getting married, have kids with Jessica and spend his life with her as man and wife. He said,

"I don't know if we'll get married. We haven't talked about it - I don't like talking about it because I don't want to jinx it - and our careers are so busy. But maybe one day I'll ask her. I'd love kids, too. I'd have six. I don't come from a big family but I'd love as many kids as money will allow." 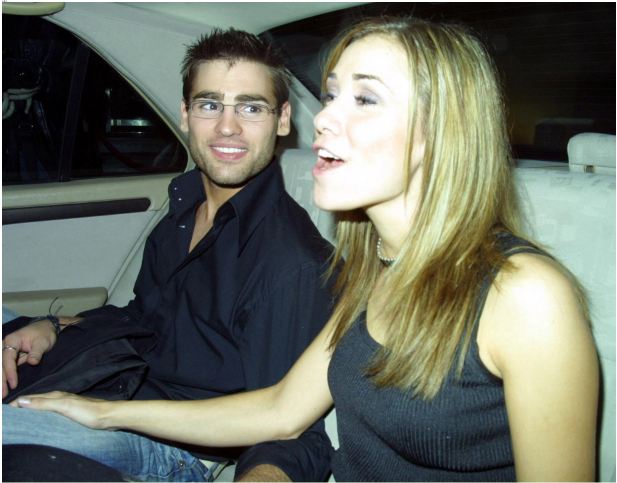 Also, the couple was spotted locking their lips back in May 2004. With their publicly getting cozied habit, the couple was instinct to have a long lasting relationship which could end up by getting married. However, despite Stuart's revelation of getting married and the fans instinct of their long dating life, their relationship did not last long. But that does not make him gay

The couple ended their dating life and was reported to have split in 2005. In 2007, Stuart's ex-girlfriend, Jessica married English Cricketer Kevin Pietersen, which shows she has moved on from the incident.

Romance With Sabrina "In The Jungle?"

Following the split with his ex-girlfriend, Jessica, Stuart left Hollyoaks and became one of the cast members of ninth series of I’m A Celebrity, Get me out of here in 2009.

There he was rumored to be dating with one of the fellow campmates of the show, Sabrina Washington. When his rumored girlfriend, Sabrina came forward saying she would love to have candlelight dinner with Stuart Manning, that added fuels to the rumor.

In an interview with The Sun magazine back in December 2009, she stated,

"A candle-lit supper would be nice, but a trip to KFC would be even better. We both love KFC and Snickers bars. We love junk food. I'm very lucky - I don't put on weight."

Furthermore, she also added that she found Stuart very sexy and his height of 185cm and well-toned body makes it irresistible for any girl. She exclaimed:

“Stuart has the sexiest torso of any guy I know. He's such an attractive guy and most girls would be attracted to him. Anything could happen. Stuart looks good. He's got a good shape. I mean he's fantastic-looking.”

However, Stuart himself denied dating Sabrina and extinguished any possible dating rumors flames quoting Sabrina as just "friend." In an interview with Dailymail on December 2009, he remarked,

"Everyone thinks it was a little bit more but it’s not - we’re just friends. Sorry.I really enjoyed her company we're at the same age bracket, and we had good chats, that’s all it was."

Besides Sabrina, Stuart was frequently spotted with the celebrity chef, Gino D'Acampo in the show, “I’m A Celebrity, Get me out of here.” The duo was seen sharing a close bond and even has the moments of man brace in the show. 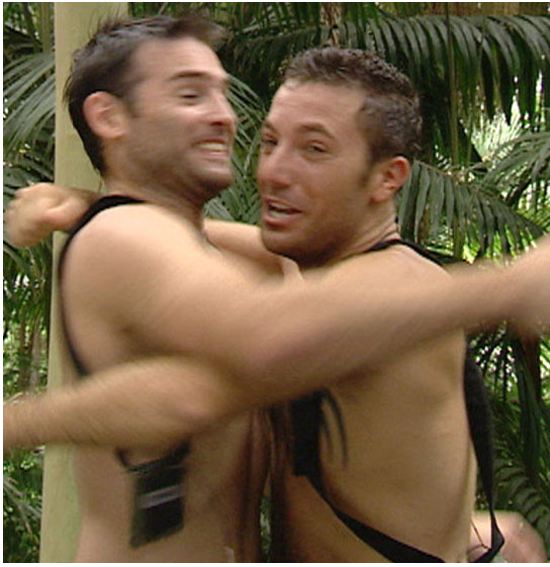 Such passionate man brace not only left the viewer’s baffled but even questioned Stuart's sexuality. But the actor did not provide any official statements on the matter, so the truth regarding his sexuality remains unclear.

Apart from his multiple dating rumors and linkups, Stuart seems to be listed as single as his personal life has remained largely out of public eye. He might have learned his lessons from the furor created due to his previous linkups or chosen to keep his personal life a secret.

Stuart Manning, who portrayed the role of Russ Owen reunited with his on-screen wife, Mercedes McQueen portrayed by the 35-year-old Jennifer Metcalfe after long nine years. On July 2018, the couple was spotted cozied arm-in-arm. Their character got married in 2007 after dating for the short period. But their on-screen married life ended after a year of getting married.

His character went off-screen nine years ago since he kidnapped his son Max from McQueen family. But, the show announced in June 2018 that the kidnapper is soon to come back on the show.

Shortly, after the show made their announcement, Stuart, who suffered from Dyslexia, informed his fans about his comeback on the show in August 2018 via posting in Twitter.

Keep Visiting as we'll keep you posted on the latest happenings in Stuart Manning's life!