Taboo Actor Leo Bill Talks How He Started His Career; Has A Girlfriend Or Is He A Gay Man?

By LRU Writer | On: April 13, 2017
Taboo Actor Leo Bill Talks How He Started His Career; Has A Girlfriend Or Is He A Gay Man? Today, we look back at the start of the career of Taboo star Leo Bill. While on the road, we will also take a look at his personal life and find out if he has a girlfriend or belongs to the gay side. 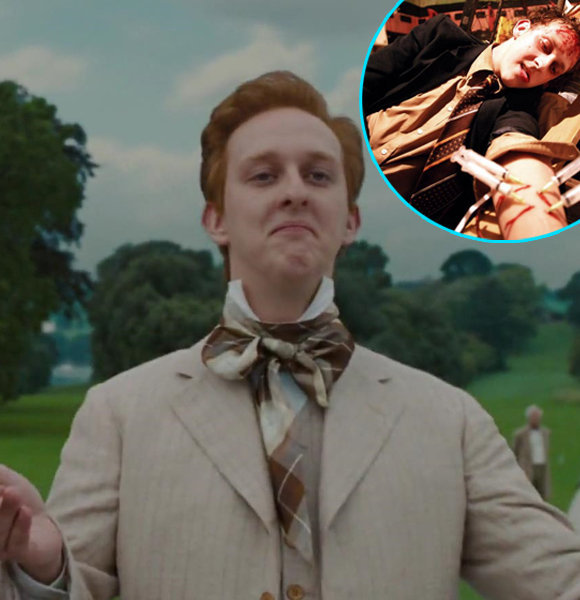 The start of a career is always the main thing people are concerned about. The way a person start his/her career highlights the things fans can expect from someone in the days ahead.

Today, we look back at the beginning of the career of Taboo star Leo Bill. While on the road, we will also take a look at his personal life and find out if he has a girlfriend or belongs to the gay side.

Bill Takes Us To The Start of His Career.

Like we said, the beginning of a career sets the tone for one and paves the path for everyone to walk on. Now let us talk about the start of Bill's career and find out what made him pursue acting and make a career out of it.

Back in an interview in 2013, Bill revealed that he looked up to this parents for a career in acting. His parents were actors; especially his mother, as his father later turned to playwrighting.

Both my parents began as actors (Sheila Kelly and Stephen Bill. They played Honky and Finger in Mike Leigh's Nuts In May). My dad went on to become a playwright, we moved to the Midlands and I guess it was just the people I grew up around. I was sent to a kids drama group called Playbox Theatre when I was 12 because I quit piano lessons cos I never practiced, and my mum didn't want me hanging about on the streets every evening so it went from there. ‎ Caption: Leo Bill has been a successful actor in the industry.

Also, when he was asked about his first big break, he revealed,

I don't really look at my career like that. That's for others to decide.‎‎

Moreover, the first thing that impacted him was seeing Alex Jennings.

Peer Gynt at the Swan Theatre, RSC. I was 16. Alex Jennings was in it. I remember very little about it now but it has always stayed with me in some form.

With all the tremendous inspiration he gained from his parent's side, he was bound to be at the level he is today.

The cast of Taboo is star-studded, and one of the shining stars of Taboo is Bill. Bill plays Benjamin Wilton who is Sir Strange's chief lackey and young East India Company executive.

In Taboo, he firmly believes no problem can't be resolved with the monetary offers. The role he has portrayed has done justice to all his talents and abilities, and the fans too have well and truly appreciated his work and the contribution of the entire cast. Caption: Taboo's Trailer on BBC One.

Does Bill Have A Girlfriend or Belongs to the Gay side?

Well, for those who are unaware of Bill's love life, he once had a girlfriend. He addressed it in an interview when he was asked about his career highlight.

Posh, both at the the Royal Court and Duke of York's - made some incredible friends. Glass Menagerie, Young Vic - I met my girlfriend on it. Working with Katie Mitchell (Pains of Youth and A Woman Killed With Kindness at the NT) - she's very much shaped the way in which I think about work.

Moreover, he also mentioned the same thing in a tweet back in 2013.

My girlfriend, lying in bed beside me, suggests it means I'm an expert tea maker. Does she mean that? Or Is she maybe hinting at something? — Leo Bill (@Serpicleo) February 2, 2013

With all these talks, we can safely assume that Bill is not a gay man but a person who likes to keep personal life to a minimum and only has his professional life to talk about in public.

English Actor The Living and the Dead Taboo