By LRU Writer | On: February 02, 2018
Tasia Valenza Married The Perfect Man! Husband Shares Her Love And VisionActress and voice-over artist Tasia Valenza feels lucky to be married to a loving husband who lends his hand in her noble deeds. 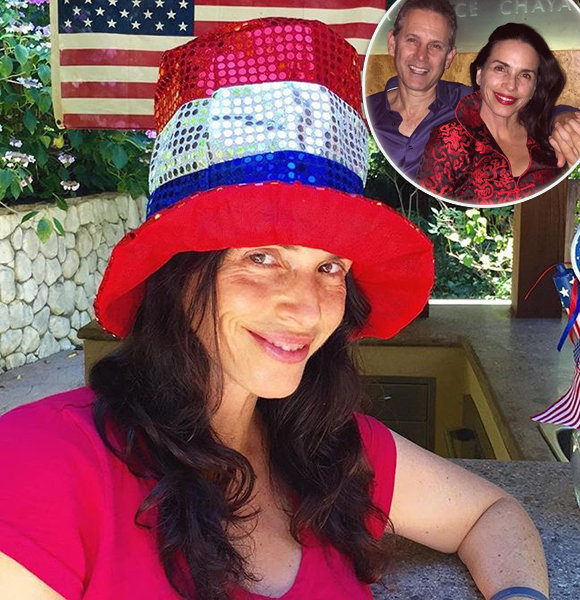 Actress and voice-over artist Tasia Valenza feels lucky to be married to a loving husband who lends his hand in her noble deeds.

Want to know more about Tasia, read on to find out about the celeb, her family, and her noble charity deeds.

Born on 5 April 1967 in New York City, Tasia is married to her loving husband. They have three children together.

On 16 Feb 2016, Tasia Instagrammed a couple-picture with her husband, adding the caption "Got engaged 19 years ago on Valentine's Day! And More in love with my Valentine than ever!"

Mother Of Many Children

Inspired by Oprah's show 'The Big Five,'Tasia Valenza sponsored a first orphan child with her husband to embark on her charity journey. She put her fame and heart to good use by finding sponsors for 80 orphan children to have a proper home and family at SOS Children Villages across the world.

Tasia had set herself a target of getting sponsors for 100 children by 2010.

Giving family structure to orphans was the major reason for her to work with SOS Children Village, She said:

"The orphans get a mother, and all siblings get to stay together in a family setting. The family creates its own home, and each family is part of the community. Since I am unable to physically adopt any children, I feel so good that I'm helping to provide loving and stable adoptive homes, food, and education for these wonderful children"

Not only Tasia encouraged her husband into charity but also involves her own children in her charity project. Talking to sos-usa.org, she said:

"It's been so rewarding to be able to expose my children to opportunities for empathy, charity, and the awareness that they have helped a child less fortunate than they are."

She started her career in 1982, working as Dottie Thornton in the soap 'All My Children.' The soap also won her an Emmy nomination.

Besides being an Emmy nominated actress and a popular voice-over artist, Tasia Valenza is a communication teacher and public speaker known for giving great voice to various projects and organizations.

Credit To Her Mom

In 2014, she gave credit to her deceased mom for her success via her Twitter.