By LRU Writer | On: September 17, 2019
Tierna Davidson met her girlfriend at the age of 20 during her...is among the inspiring lesbian figure in sports... compete in the Women Worlds Cup after talking to her parents...through a hard decision to put her college education on hold... 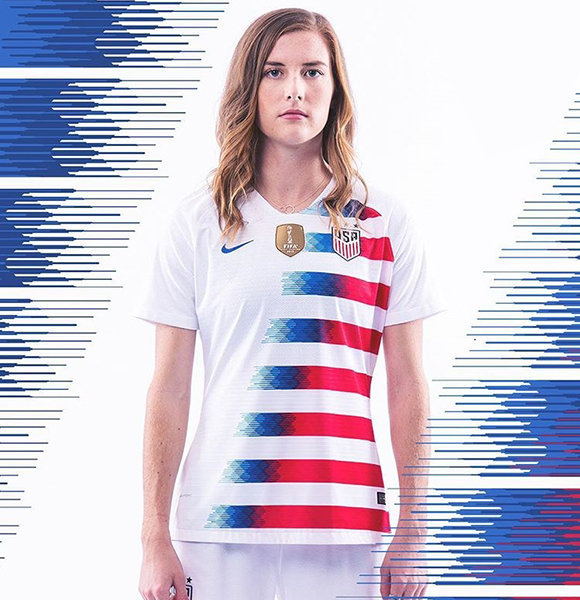 Society has taken a long step towards accepting people for who they are, without discrimination based on sexual preference. Along with changing times, many notable personalities had a significant role in making the LGBTQ community visible through their respective fields.

Along with an emerging career in soccer, she has managed to maintain a longterm harmonious relationship with the love of her life.

The athlete found her muse in the spot where her passion lay. She met her girlfriend, Alison Jahansouz, during her college days. She was a student at Standford University and played for the University's soccer team; whereas, Alison was positioned as a goalkeeper in the same club.

Even after Chicago Red Stars drafted the athlete in National Women's Soccer League, Tierna continued to maintain a relationship with her partner. Her openly gay lover also joined her in Paris during FIFA Women's World Cup. Also, Tierna's girlfriend graduated from Standford in 2019, and they are still dating each other. The lovers of two years reside together in Menlo Park, California, and are transparent about their relationship.

The sportsperson's date of birth as per the records is 19th Septemeber 1998. She was raised in her hometown, Menlo Park in California and aspired to become an astronaut since her childhood days. But, after starting to play soccer on a professional level, her aspirations changed the path.

Also, Tierna - age 21 - went through a hard decision to put her college education on hold. As the player got selected for the 2019 NWSL College Draft while at college, she left Stanford University to compete in the Women Worlds Cup after talking to her parents.

Before her selection in 2019, she had suffered an injury in the leg after fracturing her left ankle but soon recovered and got back to the field.

Eventually, she became the youngest female player to compete at the 2019 FIFA Women's World Cup.

As of now, the soccer icon's exact net worth is still under review. Moreover, she still has a long way to go to prove herself in the arena of soccer. Looking at her stats, it's very evident that she isn't breaking the bank either as she has played only one game for WWC in 2019.

However, she managed to secure one goal for Team USA in the game, which was a valuable contribution in itself.

Since the National Women Soccer League pays a maximum salary of $46,200, it's evident that her future is prosperous from the financial standpoint too.

Tierna has maintained an impressive body. She stands 5 feet 10 inches (1.7 meters) in terms of height; whereas, her weight is 65 kgs.

Along with a beautiful smile and blond hair, she has a very photogenic personality.