Tim Daly, Divorced With Wife in 2010, is Really Happy With Girlfriend: Dating With Tea Leoni Since 2014

By LRU Writer | On: January 28, 2018
Fickleness is part of human life. Ups and down in relation are no more rare sightings these days. Same is the case with actor Tim Daly, 60, and his former wife, Amy Van Nostrand, 63. They were a happy married couple initially, but like in most relations, they too had some problems. With the increase in their relationship issues, their married life started to break and hit some rough patches eventually resulting in a divorce. 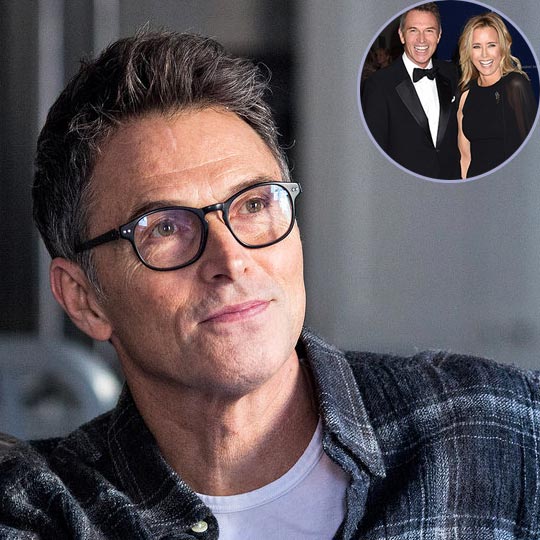 Fickleness is part of human life. Ups and down in relation are no more rare sightings these days. Same is the case with actor Tim Daly, 60, and his former wife, Amy Van Nostrand, 63.

They were a happy married couple initially, but like in most relations, they too had some problems. With the increase in their relationship issues, their married life started to break and hit some rough patches eventually resulting in a divorce. Tim and Amy got married in 1982 and share two children together, namely Sam Daly and Emelyn Daly. Having been married for 28 long years, they made the mutual decision to get divorced in 2010. However, the exact reasons remain confined. But most probably, the couple relationship began trembling after their grown-up children moved out the house to pursue their own dreams.

Amy is an American actress and has appeared in films and many TV shows. She is also a member of the board of director of  Weston Playhouse Theatre Company.

Both Tim and Amy have remained numb on their amicable divorce, which went on quietly without making any headline. As custody was never an issue for them, Tim probably provided Amy with spousal support since his financial success was heightened in comparison to Amy.

Happy With His New Girlfriend: Tim and his co-star from Madam Secretary, Téa Leoni, have already officially confirmed their relationship and are now an official couple. A Red Carpet White House event (2015 White House Correspondent Dinner) was the place where the couple chose to make their status official.

"We're gonna be a hot table," joked Daly to Bloomberg TV about his famous date for the evening.

The couple had been dating for long but made it official only at the White House Correspondents' Dinner in Washington D.C. in 2015.

The actor later confirmed their relationship through his Instagram post of the event. Both were seen feeling delightful and happy with each other in the picture.

In an interview he gave to Collider in December 2014, Tim had  clarified on working with his now girlfriend by saying:

After silent dates and lot more of knowing each other since the December 2014, Tim and Tea, made it official that they are in a relationship through a red carpet event in early 2015.

Caption: Tim Daly and Tia Leoni officially announced as a couple on 2015

We can see Tim showing his love to the current girlfriend with his overwhelming Tweets on his Twitter account. Here's one.

Both Tim and Tia are divorced from their former partners and have started a new journey in their life. Tia got divorced from her longtime partner David William Duchovny in 2014. Caption: David and Tea pictured with their 12-year-old son Kyd in June 2012

David and Tea have two children, Madelaine West, 15, and son Kyd Miller, 12. But unlike any other divorced couples, they both share a good relation, talking often and even going on a family holiday together. In an interview with the Dailymail in February 2015, she said about her former husband as below:

'On occasion, I want to throttle him,' said Tea about David. 'But in any real relationship with someone you love, that's true.'

Net Worth of Tim:

As of now, Tim's calculated net worth is considered to be a whopping  $10 million dollar (estimated). Tim is an American stage, screen, and voice actor. He is also a director and producer of various TV shows. All of Tim fortune is considered to be from his TV Shows that he acts on, produces and directs.

There has been no exclusive news related to Tim lately; however, Tim Daly is now all set to attend two events due Tuesday on the Seacoast. First, he will arrive at the Memorial Union Building at the University of New Hemisphere on behalf of the 2016 Democratic presidential nominee Hillary Clinton and after that, he will arrive at 852 Lafayette Road in Hampton.

Born on March 1, 1956, in New York City, Tim Daly graduated from Bennington College. His work in "Joe Hackett" was very much appreciated and he was identified for that very role. He is also known for his work on Wings (1990), Private Practice (2007) and Superman (1996).

Recently, his show 'Madam Secretary' is gaining a lot of attention. He and his girlfriend Tea both play a role of husband and wife in the show and is telecasted on CBS series.