By LRU Writer | On: March 21, 2018
Todd Glass Gay and Proud! Relationship Status Talks. American stand-up comedian Todd Glass did what people would scarcely dare to do, back in time. Todd revealed the world about his sexuality being gay during the podcast “WTF with Marc Maron,” in 2012. And at most, he is proud of his sexuality! Now, having known that it's apparent that you guys are curious to explore the details of his dating affairs. 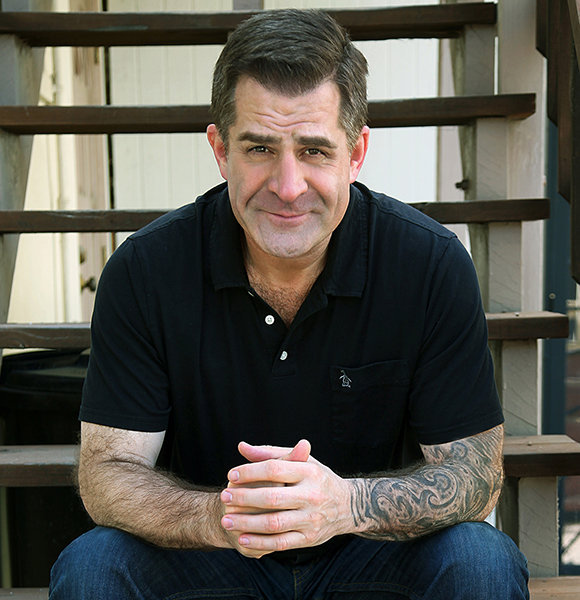 American stand-up comedian Todd Glass did what people would scarcely dare to do, back in time. Todd revealed the world about his sexuality being gay during the podcast “WTF with Marc Maron,” in 2012. And at most, he is proud of his sexuality! Now, having known that it's apparent that you guys are curious to explore the details of his dating affairs.

Without further ado let’s delve into his relationship affairs!

Philadelphia-born comedian Todd Glass, 53, unveiled about his sexuality in an interview on “WTF with Marc Maron” in January 2012. To be honest, he did so when the unfortunate case of suicide by gay teens was on the rise. Todd cited the prominence of serving his role in ending bully obliging for GLSEN (the Gay, Lesbian & Straight Education Network). Todd stated,

"I cannot listen to stories about kids killing themselves any longer without thinking, 'When are you going to have a little blood on your shirt for not being honest about who you are?”

He motivated the youngsters to maintain their confidence even if one is homophobic.

But meanwhile, in the context of his love life, though Todd is a proud gay man, he is yet to introduce the world to his partner, as he seemingly isn't dating anyone.

However, back on 30 Jul 2009, he Tweeted with an official announcement of his wedding with Sarah Silverman, a fellow comedian.

me and sarah silverman are getting married.  i just wanted to make it official.

An hour later, he further tweeted about the venue where they planned on getting married.

We fell in love and we are getting married at a krispy kreme at rancho cucamonga.

Now, you guys probably must be confused as to how a gay man can marry a woman? Well, did you just forget, he is a comedian? Oh yes, cracking a joke, fooling people in a light-hearted manner and making fun out of every possible situation is what the comedians are capable of and Todd is no exception.

However, for his actual plans on walking down the aisle with his possible partner, we guys need to wait for an update from the man himself.

Comedian Todd who was born on December 16, 1964, in Philadelphia, PA had heart slumping past life. Due to genetics problem in his family, he lost both his and mother to heart-attack.

Also, back in 2010, Todd himself suffered a heart attack at a comedy club in Los Angeles and went on the Bonnie Hunt show when he revived. Fortunately enough for Todd, it wasn't a fatal attack.

Todd started his career by appearing on many late 1980s and early 1990s stand-up shows on A & E and Comedy Central. He is as well known for his comedy albums Vintage Todd Glass and Other Crap, Thin Pig, and 2013's Todd Glass Talks About Stuff.

Todd's comedy is often satirical and funny. Meanwhile, he appears on many television shows including performances on "Jimmy Kimmel Live" "Late Night With Conan O'Brien," "Tough Crowd with Colin Quinn," "Politically Incorrect," "The Dennis Miller Show" and "The Late Late Show with Craig Kilborn." With his freakish delivery and different style of quirks, Todd Glass quickly has become viewer's favorite.