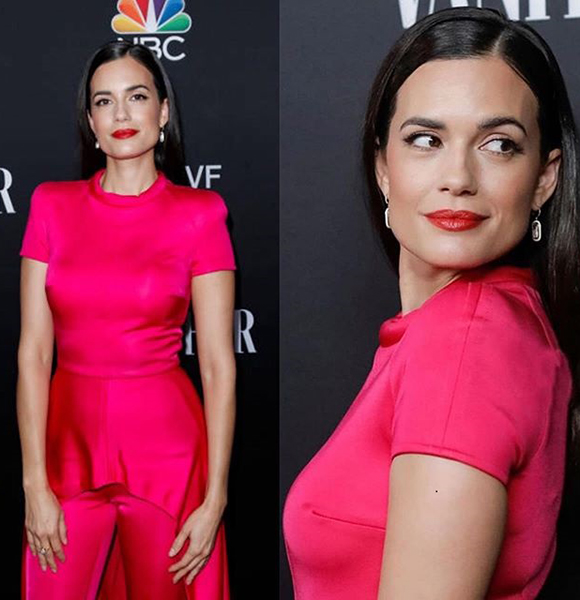 The actress started as a model and later transitioned to acting. She made her TV debut in 2003 in Dawson’s Creek and found fame in 2006 after playing Zoe in I’ll Always Know What You Did Last Summer.

The Chicago Med star was previously married to The Vampire Diaries co-star, Paul Wesley. The two first met in 2007 at the set of Killer Movie (2008) and began dating shortly afterward. After four years of dating, they tied the knot on 16th April 2011. They held the private ceremony in New York City.

They split amicably after two years of marriage on 23rd December 2013. The representative of the couple stated,

Paul and Torrey have decided to amicably split. They will continue to remain friends

According to theknotnews.com, Paul Wesley is married to Ines de Ramon.

Following her split with The Vampire Diaries star, she began dating comedian Rick Glassman in 2014. They stayed together for a year and a half before splitting in 2016.

During May of the same year, it was revealed that she was dating with Strictly Come Dancing professional, Artem Chivintsev. However, the relationship didn’t last long, and they went their separate ways.

A year and a half after her split with the dancer, the Chicago Med actress confirmed her relationship with Chicago P.D. actor Jesse Lee Soffer in August of 2018.

Their relationship ended after nine months of dating. According to dailymail.co.uk, the couple is said to be on amicable terms. Reportedly, a source close to the couple said that the pair are still friends but are both single.

Torrey Joelle DeVitto was born to Mary and Liberty DeVitto on 8th June 1984 in Long Island, New York. Her father was a drummer for Billy Joel for 28 years.

She also has two sisters: Devon DeVitto and Maryelle DeVitto.

According to celebritynetworth.com, Torrey DeVitto has a net worth of $5 million.