Trevor Stines Is Boyfriend Goal, Says No To Girlfriend – Makes Him Gay?

By LRU Writer | On: March 19, 2018
Trevor Stines Is Boyfriend Goal, Says No To Girlfriend – Makes Him Gay? The American actor Trevor Stines skyrocketed to fame via his recurring role as Jason Blossom in The CW's Riverdale. Trevor's damn good looks and acting talent have indeed honored him with a huge fan following. 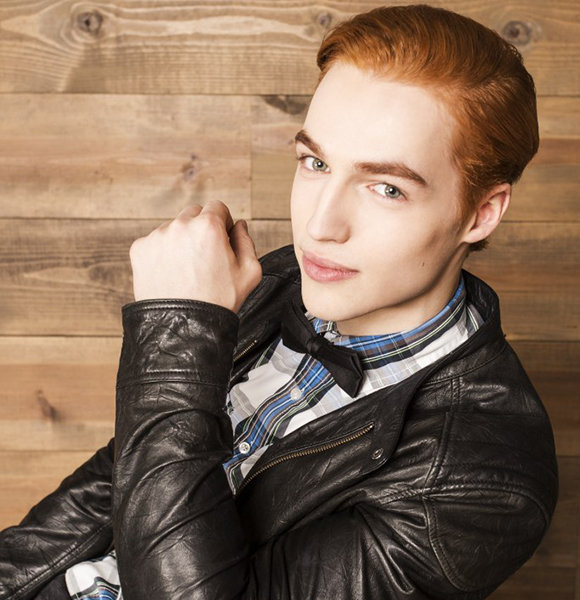 The American actor Trevor Stines skyrocketed to fame via his recurring role as Jason Blossom in The CW's Riverdale. Trevor's damn good looks and acting talent have indeed honored him with a huge fan following.

Though the actor's personality is considered as a boyfriend goal to many of his lady fans due to his undeniably beautiful looks, some speculations call him to be a gay person. Now, by any chance, if you are curious to know what flamed the rumors and how accurate it is, follow us as we shed light on the personal life of Trevor today.

Trevor Stines is a heart throbbingly handsome actor who got his stardom in a short period. With the ascending popularity, the queries of his fans regarding his dating life have also been increasing equally. However, it seems like the actor is not currently in any relationship as the news of his romantic association has not surfaced out in any media or any social accounts. Further, he hasn't acknowledged anyone as his partner yet.

The absence of a woman in his life or probably the preference of privacy in his personal life could be the cause for the swirling gay rumors. Moreover, Trevor uploaded a post on his Twitter account back in October 2017 and surprised his fans and followers by saying that he doesn't need a girlfriend.

don’t need a girlfriend I just need somebody who will go to the bookstore w/ me and be cool with staying for a couple hours.

Previously, he shared his wish to start a family and eagerness to become a father via a tweet in June 2017.

This might be kind of personal, but I can't wait to be a father.

Though Trevor has shielded his love life, the affection he shares with his family is visible on his social media accounts. Trevor shared his delight on getting his favorite Oreo biscuits from his mother as a birthday gift via a Twitter post back in July 2017. Moreover, he claimed that her mother knows him.

Trevor also shared his amusement on receiving Musselman's unsweetened applesauce from his father via mail with a Twitter post on 20 Mar 2017.

My father literally sent me applesauce in the mail what is happening?

Trevor seems to have a supporting and loving family which is accompanied by his brother with whom he timely shares picture on Instagram. With the love of his parents and also fans, Trevor is evidently rising to get all the stardom he deserves. During an interview with the Comicbook on 11 February 2017 Trevor even cited that he would love to play Nightwing in a TV or live-action film iteration if given a chance.

Well, with growing fame and expanding work Trevor is very likely to accumulate all success!