Trill Sammy: All About The Rap Artist - From His Age to His Dating Affair And Girlfriend

By LRU Writer | On: September 15, 2017
Trill Sammy: All About The Rap Artist - From His Age to His Dating Affair And Girlfriend. Among a lot of young new rappers who are rising to fame with their talent, Trill Sammy is one of them. With the sheer talent of flowing the bars, Trill has been gaining a lot of media attention followed by the love and support from many fans. Moreover, along the growing popularity is the simultaneously raising curiosity amid the fans to know more about this future star in the making. 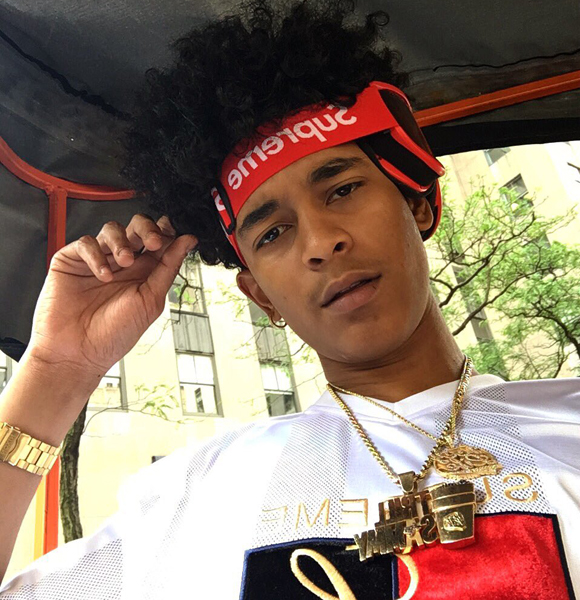 Trill Sammy is one of the young new rappers who has risen to fame with her sheer talent. With the utter talent of flowing the bars, Trill has been gaining a lot of media attention followed by the love and support from many fans.

The growing popularity is simultaneously raising curiosity amid the fans to know more about this future star in the making.

So, if you are one of them, stick till the end to find out all about the young Rap Artist, starting off with some insight into his relationship status!

Is Trill Sammy Dating Someone?

Trill falls into the category of many celebrities who enjoy keeping personal life details low-key. Even though he hasn't officially stated who his girlfriend is, he keeps giving clues about his possible girlfriend.

On September 25, 2015, he posted a tweet mentioning Shannon Clermont, who is a former reality TV star/DJ/Designer and Entrepreneur.

Sammy mentioned her again in another tweet, referring her as a girlfriend on October 22, 2015.

But Sammy and Shannon have not been spotted together in public, and there are no other claims on them as a couple. Chances, however, remain that the pair were dating each other and kept it private from the eyes of the public.

Shannon is not the only gorgeous girl who fans speculated to be Trill's girlfriend.

On July 3, 2016, he posted a photo via his Instagram account with Znuie, who is a YouTuber and singer from the group 'Ceraadi.' The photo was taken on the streets of Los Angeles. The caption to the image said,

"Gettin love in these La streets

Moreover, Trill remains private and hasn't confirmed if he is dating, so, it looks like we might just have to wait until he does the honor of unraveling the mystery for his fans.

More about the Rapper: Trill Sammy

Rapper Trill Sammy was born in Houston, Texas on November 30, 1997. He has not spilled much information about their family, but he is very close with his mother.

A sweet tweet that he dedicated to his mother on August 15, 2015, speaks volumes in regards to his love for her.

On another one of his tweets, he revealed about his ethnicity; that he is mixed black and Puerto Rican.

Trill's rapping career began when he was just in high school. He made good use of the Internet and posted his first short freestyle rap video, which was 'Netflix and Chill.'

The video soon became viral on Twitter, and Sammy gained many local fans.

Trill caught a lot of attention when he got featured on the track 'Just Watch' with another Houston rapper Dice Soho, and later released his own single 'Wholesale' in 2015.

He released his yet another single 'Check Out' in 2016 and his debut EP, Red Album, also got dropped the same year.

One of his famous tracks is 'Trappin' that features Soulja Boy. Trill Sammy has made a mark in his career as a rapper just at the age of 19!

We hope him immense amount of success in the future!

Stay with us for the budding updates on Trill Sammy!