By LRU Writer | On: January 27, 2020
Vanessa Bryant married one of the most iconic men in sports history, Kobe Bryant...is a successful woman on her own as an accomplished social media star...wiki reveals her age...inherited a net worth of around $600 million from her late husband...has 4 kids with Kobe..stands at a height of...has Irish and Mexican ethnicity...worked as a backup dancer... 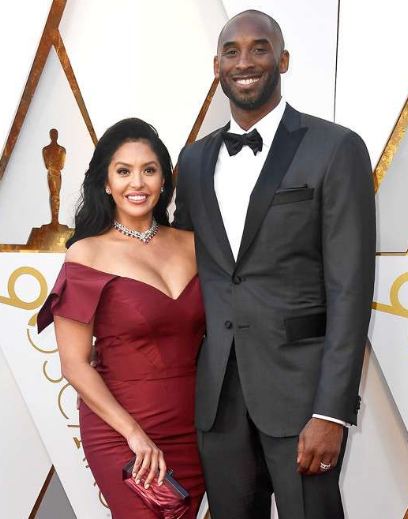 Vanessa Bryant is the wife of the late basketball legend, Kobe Bryant.

She is now the sole guardian of her three daughters, after losing her husband and daughter Gianna, 13 at the time of her death, in a helicopter crash on the 26th of January 2020.

Vanessa is an accomplished model and Instagram personality apart from being Kobe’s wife. She worked as a backup dancer for a hip-hop group before gaining fame as the other half of Kobe.

Vanessa has a net worth of around $600 million, according to Celebrity Net Worth. This is the wealth that Kobe owned at the time of his death. Vanessa inherited the net worth from her late husband.

Kobe’s career earnings were a huge $770 million and earned a salary of $25 million in his last season in the NBA. He also earned an approximate of $350 million in endorsement deals with companies including Nike, Sprite, McDonald’s, Lenovo, Hublot, etc.

Apart from brand endorsements, Kobe also owned a 10% equity share in the company, Body Armour. He bought those shares for $6 million in March of 2014. By 2018, Kobe’s $6 million investment was worth $200 million before taxes.

The basketball legend also owned his own company. In August of 2016, Kobe, along with Jeff Stibel, launched a company called Bryant-Stibel with an investment of $100 million. The company invested in many technologies, media, and data companies.

Vanessa met Kobe in November of 1999. At the time, she was working as a backup dancer for hip-hop band The Eastsidaz, and Kobe was working on his debut music album.

Vanessa, who was still in high school at the time, soon started dating Kobe. Their dating relationship turned serious soon as they got engaged in May 2000, just after six months of dating. The couple got married on the 18th of April 2001 at the St. Edward the Confessor Catholic Church in Dana Point, California. However, Kobe’s parents didn’t approve of their marriage as Vanessa wasn’t African-American. As a result, Kobe didn’t speak to his parents for around two years.

The birth of the couple’s first child changed this scenario. Their first daughter, Natalia Diamante Bryant, was born on the 19th of January 2003.

The couple lived with their kids in California until the death of Kobe.