Is Vanessa Marquez Married Or Dating Someone? A Glance At Her Personal Life

By LRU Writer | On: February 05, 2018
Is Vanessa Marquez Married Or Dating Someone? A Glance At Her Personal Life. It should not come off as a surprise if a celebrity does not want to expose their private matters to the public and the ER actress Vanessa Marquez is no exception. The 49-year-old actress has always kept her personal concerns close to her chest and has not been romantically linked to anyone so far. 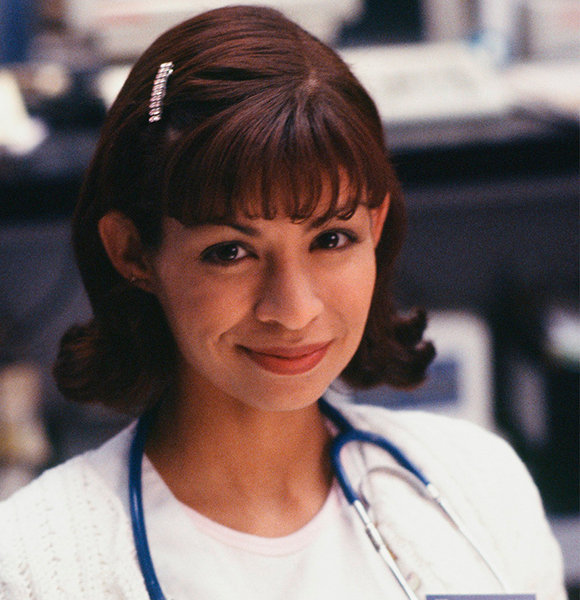 American actress Vanessa Marquez, who has been away from the industry for a long time now, remains very secluded when it comes to her personal life and dating affair, which leads her fans to linger in curiosity regarding her private matters.

Addressing the concern, we dug into her unblemished private life, and to your delight, we are about to spill some beans. So brace yourself!

It does not come off as a surprise if a celebrity does not want to expose their private matters to the public, and the ER actress Vanessa Marquez is no exception.

The 49-year-old Vanessa has always kept her personal concerns close to her chest and has not been romantically linked to anyone so far. However, she is not hesitant when it comes to teasing her fans.

The actress has no rumors about her dating affair whatsoever, but her posts on Instagram hint that she has some romance going on in her life. People often tend to share something romantic on Valentine's Day, but Vanessa had a witty post to share.

Her sassiness did not stop there; she uploaded another whimsical, captionless post the same day.

It seems like the actress is trying to hint to someone that she is not interested in dating and is ruling out her possible future husband or boyfriend. The actress, in her late 40s, does not appear to be married yet though people her age are usually already parents to kids and are settled with the family.

The actress is living her life by her rules and has a good sense of humor as a plus point. Here's a picture of herself she shared on the occasion of her birthday proclaiming herself to be the Time's Person of the Year.

Her dating affair and romance might be in the utter darkness, but her career is quite contradictory to that.

The California native was drawn to acting since her childhood days; she wanted to become a child actor, but that dream was put to rest after producers failed to notice Vanessa.

But she did not give up on her passion for acting and ultimately landed her first role in Stand and Deliver back in 1988. Besides that, some of her screen credits include small characters in Seinfeld, Melrose Place, and a recurring role in ER.

However, the actress made it into the spotlight after accusing her ER co-star George Clooney of blacklisting her for being vocal about the sexual harassment during the show. She even took the matter to Twitter voicing her frustration.

The actress has now been suspended from Twitter, and moreover, Clooney completely denied the accusations.

"I had no idea Vanessa was blacklisted.I take her at her word. I was not a writer or a producer or a director on that show. I had nothing to do with casting. I was an actor and only an actor.If she was told I was involved in any decision about her career then she was lied to. The fact that I couldn't affect her career is only surpassed by the fact that I wouldn't."

Even in 2017, Vanessa has not let go of the issue that has its roots back in 1995. Even though Twitter suspended her, she took the matter to Instagram.

It seems like Vanessa is really up against George Clooney, even though he claims he was not involved in the matter!