By LRU Writer | On: February 19, 2020
Vanessa Morgan is a Canadian actress known for her role in the popular TV show Riverdale...has been working in Riverdale from 2017...got engaged to her then-boyfriend Michael Kopeck in July 2014...got married to Micheal on the 4th of January 2020...her ethnicity is...her age and height are given below... 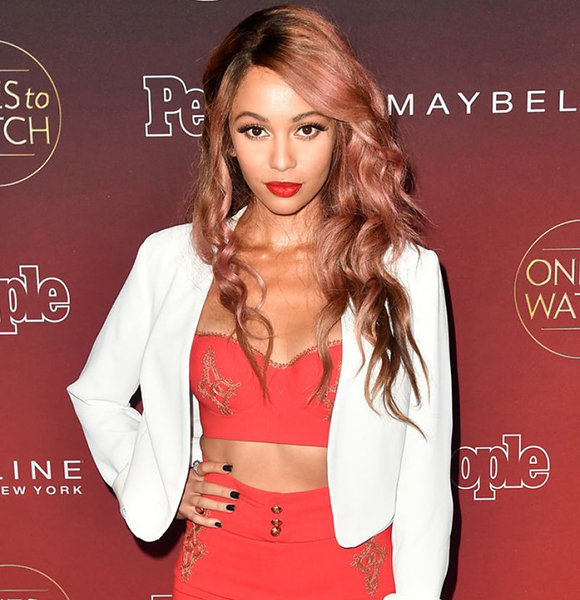 Vanessa Morgan rose to fame after her role in the teen comedy-drama, The Latest Buzz. She appeared as Amanda Pierce in 68 episodes of the show from 2007 to 2010.

She also gained additional public attention after portraying Sarah Fox in the TV show, My Babysitter’s a Vampire, from 2011 to 2012.

Vanessa is married to Michael Kopech.

They met sometime around 2017, and immediately started dating.

After two years of dating, the couple got engaged during their camping trip to Mooney Falls in Arizona in July 2019. On the 4th of that same month, Vanessa took to her Instagram to announce her engagement with her then-boyfriend.

And, after about six months of their engagement, Vanessa tied the knot with Michael on the 4th of January 2020. They held their wedding at the Historic Walton House in Homestead, Florida. The ceremony was a small one, with only 40 of their family members and friends in attendance.

Making her debut in 2000 from the TV movie, A Diva’s Christmas Carol, Vanessa has managed to gather 17 credits as an actress.

Other than cinematic acting, Vanessa has also done some reality TV shows and TV specials. She appeared as a contestant in The Amazing Race Canada in 2013 for ten episodes, Teen Choice 2018 (2018), and Lip Sync Battle (2019).