By LRU Writer | On: July 24, 2016
With his captivating voice, Anthony Mendez lures people to become his regular listeners but what about his own family? Anybody has any idea about his personal life? If no then there is nothing to worry about because you are at the perfect place to know it all. 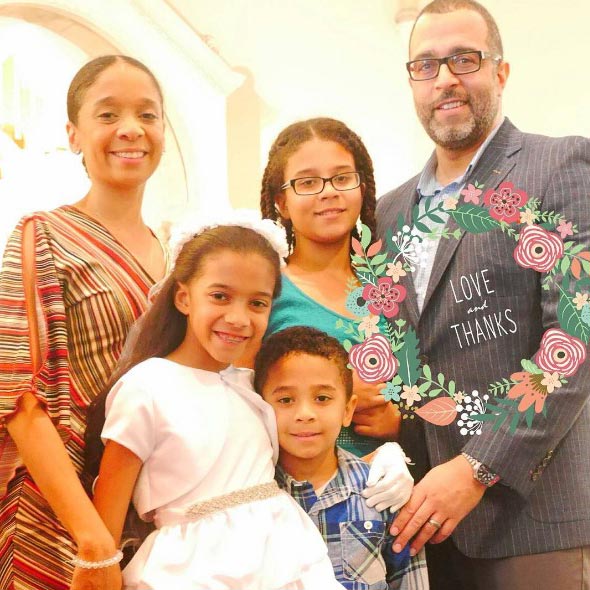 With his captivating voice, Anthony Mendez lures people to become his regular listeners but what about his own family? Anybody has any idea about his personal life? If no then there is nothing to worry about because you are at the perfect place to know it all.

So, our beloved voice actor is a married person and has a beautiful wife. On top of that, the couples are blessed with three wonderful children. Unfortunately, Anthony is the kind of person who has no intention or wish to be recognized by everyone, and that has led to a low profiled personal life. His wife also does not seem to be a famous personality so there is not much information on her; not even her name. However, we do know her birthday which is on May 16th.

To talk about his children, their names are also not disclosed yet. What we do know about his children is that he has two daughters and a son. Tthe two daughter vlogs about makeup on YouTube and all three of them are of a school age. The family of five is currently living in New Jersey Suburb; North Jersey to be exact.

Well, this is pretty much everything about the personal life of this talented voice actor. Now let’s dig into his professional life.

Anthony Mendez, @AnthonyVO, was born on February 3rd but the precise year is unknown. That means his age is also unknown but we can roughly guess he is in his 50’s. He was born and raised around his family headstones business but even after being raised in the headstone business, it could never influence him. He studied architecture but never designed a house. However, he did design a six-crypt mausoleum that still stands in St. Raymond's Cemetery.

His brother is now handling their family headstone business. On the other hand, Anthony started to do what he loved; that was recording and set up his own studio. It took him about 10 years to actually achieve what he has now. Like his personal life, Anthony has not disclosed his net worth either.

Anthony Mendez has narrated many on-air promos for a variety of networks like NBC, MTV Spike, Comedy Central, CNN, HBO. He has also worked on trailers for Fox Searchlight, Warner Bros Pictures 20th Fox and much more.

Currently, Anthony Mendez is working as a Latin Love Narrator on a CW’s series called “Jane The Virgin.”

Caption: Anthony Mendez as a narrator of Jane The Virgin.