By LRU Writer | On: August 02, 2016
Who wouldn’t date the beautiful Alison Haislip if they ever get a chance to? You would for sure, wouldn’t you? We are asking this because Alison seems to be hinting out requirements on how a boyfriend should be in her opinion. Let’s find out. 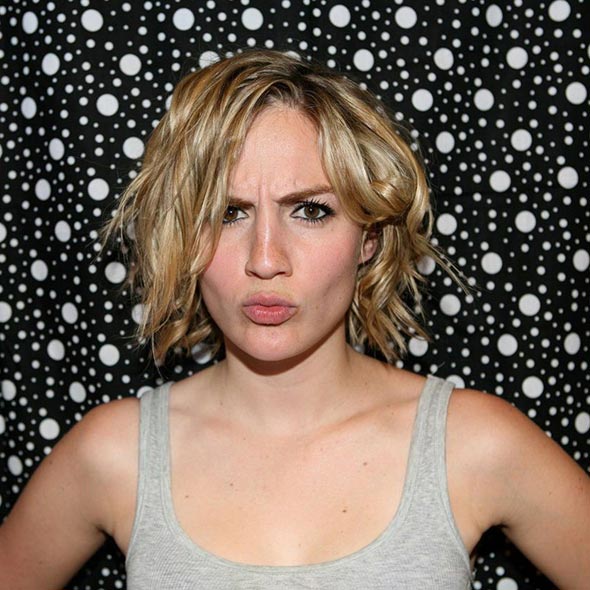 Who wouldn’t date the beautiful Alison Haislip if they ever get a chance to? You would for sure, wouldn’t you? We are asking this because Alison seems to be hinting out requirements on how a boyfriend should be in her opinion. Let’s find out.

So you get it? She is giving hints away that her she won’t date a guy who wears eyeliner. So, if any of you guys use eyeliner then you best stop using it.

Well, this was her first requirement and with the best hopes we have, we think more requirement points will be coming soon. We just have to wait for it and should be able to know just like we knew about this one.

We couldn’t stop but think that this tweet of her had another message in it. Maybe she also meant that she broke up with her then-boyfriend, and also he used to wear eyeliner.

Maybe this could be true but for all we know, she did not have any known and confirmed relationship, but there was a rumor that she was romantically linked with Kevin Pereira. Caption: Kevin Pereira and Alison Haislip on the set of G4's Attack of the Show TV series.

This never confirmed as both Alison and Kevin never responded to this rumor. At last, Alison is a single and independent woman enjoying her life as a bird without any chains. We hope she soon gets married to a deserving husband and tell us everything about when and where it happened.

Her television career started when she was serving as a bartender at Third Stop and was approached by a G4 employee, Chris. One of Alison’s regular customers introduced them like this,

'Chris, you should know Alison, she's a big video game geek, and Alison, this is Chris. He works for G4.'

After a much long conversation, Alison was finally called for a meeting. At first, she served as a host for ‘The Segment’ and also did the work of correspondent for Attack the Show of which she became a permanent host later in 2008. Later in 2011, she announced on the show that she was leaving Attack of the Show and G4 because she was moving towards acting.

Caption: Alison Haislip announces that she was leaving Attack the Show and G4 on the show on November 8, 2011.

Later it was announced on March 28, 2011, that she would be joining NBC’s The Voice as a backstage online and media correspondent.

Born on 6th February 1981, in New Jersey, U.S., Alison Haislip was and currently ages 35 years-old. She studied theatre and graduated with honours from Boston College and later trained at the British American Drama Academy after which she moved to Los Angeles to continue her acting career.

She is best known for 'Attack of the Show' and NBC’s 'The Voice.' Currently, Alison Haislip is doing a podcast called ‘Half Hour Happy Hour’ every week alongside Alex Albrecht.