By LRU Writer | On: February 23, 2018
Openly Gay Wilson Cruz Not Married! Has Boyfriend? The era when the 'Gay' people were not accepted in the society, the actor Wilson Cruz opened up about his sexuality and portrayed a gay character in the on-screen role in the series, 'My So-Called Life.' 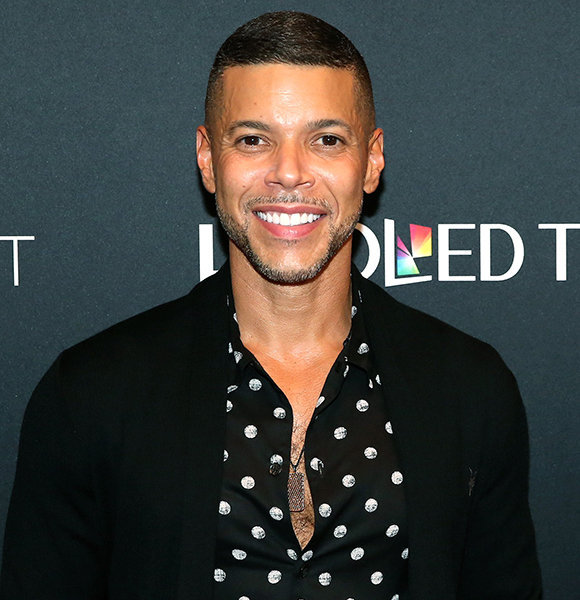 The era when the 'Gay' people were not accepted in the society, the actor Wilson Cruz opened up about his sexuality and portrayed a gay character in the on-screen role in the series, 'My So-Called Life.'

Well, the actor became a source of inspiration and motivation for many people who hesitated to come out in public. As of now, Cruz is the national spokesperson for GLAAD and has served as an advocate for the gay youth.

So, if you are inspired by his life-story and further wants to know about his romantic love life, then you are welcome here!

The openly gay actor Wilson Cruz is observed sharing the on-screen romance as a gay couple with his fellow Rent alum, actor Anthony Rapp in the series, 'Star Trek: Discovery.'  Cruz as Hugh Culber and Anthony as Lt. Paul Stamets are the first gay character in the series. Well, the actor went shirtless in the photo uploaded on Instagram back in the year, September 2017. So, with his dashing looks and perfect body, many people would want to make him their life-partner.

Unlike his on-screen love-life, he is not found sharing the romantic bond with anyone in his real-life. As a fact, he has not revealed anything about dating the boyfriend. It seems he is just too focused on his career for now.

The actor began the career with the role of Rickie in the series, 'My So-Called Life,' which amassed him enormous popularity. He also claims that this role changed his life, but the fact is that it has also changed the lives of many LGBT youths.

Well, his character, Rickie portrayed the real incident that the actor faced in his real life. Cruz is happy that he played the role of Rickie in the series, My So-Called Life,

“People come up to me all the time to tell me how much the show and character affected them, and I always tell them it meant just as much to me. Because that role literally saved my life. It saved my relationship with my family, and it changed the trajectory of my career. It was an honor to play him.”

As of now, with the support of the family, he has really shone in the acting world. Cruz, who is from Puerto Rican and Latino backgrounds, even advice for those hoping to have a positive experience when coming out.

Likewise, he was also the speaker at the University of Illinois at Chicago to honor and encourage the LGBT students. So, with the contribution to the society and in the acting field, he has a net worth of $ 2 million.