The Life of American Gospel Singer Yolanda Adams: How Many Grammys Has She Won? Her Husbands, Kids, And More.

By LRU Writer | On: July 08, 2021
When it comes to Gospel music, Yolanda Adam’s name stands out among others. Besides being a singer, she is also an actress, radio host, and record producer. Right now, this multi-grammy award winner is single. She was married twice. But unfortunately, both marriages ended in divorce. So what was the reason for the divorce? Has there been any boyfriend rumors after the divorce?

The five times Grammy winner, also known as “Queen of Contemporary Gospel Music,” opened the 2020 Superbowl show and made everyone fall in love with her.

Yolanda Yvette Adams is an insanely talented Gospel singer and is a radio host of her own gospel show. She is known for her famous album “Mountain High… Valley Low”.

The actress, singer, host, and producer have been busy all her life. While her professional career has seen brightest of starts her personal life have had their own dark days.

Career As High As Her Vocal Range

The Presidential Lifetime Achievement Awardee (2016) has shown the world the power she holds with her insanely talented musical journal. She has sold 10 million albums worldwide after releasing her first album, “Just As I Am,” in 1987. After this, the singer never took a rest in her career.

Her breakthrough point came after releasing her “Mountain High… Valley Low” album in 1999 that made her a household name. She went on to win 5 Grammys, 4 Dove Awards, 5 BET Awards, and many other prestigious awards. The 59-year-old has released more than a dozen of albums.

She is also famously known for being a radio host for “The Yolanda Adams Morning Show.” As the achiever she is, her show went on to air for ten years.

Surrounding the popularity of her show, actress/singer said-

The list of her achievements goes on, but to add one last of her career highlights, she singer is a writer too.

In 2010 she released her book “Points of Power,” which was loved by many, nothing unusual in the career of Adams.

Adams falls under the top 10 richest gospel singers. Her earnings come from being a singer, actress, record producer, and host of her long-running radio show.

It is no doubt that the amazing artist has been able to foregather a net worth of millions. Her net worth is supposed $5 million, and as much as hard work she does, we hope this fortune only increases over time.

The Lows Of Personal Life

Adams continues to have an amazing career and inspire millions with her dedication to her art. However, her personal life has been met with many uncertainties and challenges.

She first began her married life in 1987 when she married Troy Mason. But the marriage did not go the way she would have wished. The strong woman she is felt the need to move out from the marriage as it was abusive.

In a youtube video (now deleted), she tells her audience-

“I stand before you tonight having been thrown across [a] room, having been punched in the face, but let me tell you how good God is. When that man’s fist came toward my face, he could not hit me in the face.”

This directly hinted towards the violence Mason asserted to the singer. It is a shame to see powerful women being subjected to such violence, but we are glad that the singer fought through rough times and decided to move out from the marriage.

After that, she has been involved in a 7-year long marriage with her second husband, Tim Crawford. The details of the separation are not precise, but this relationship gave Adams the wonderful feeling of being a mother. 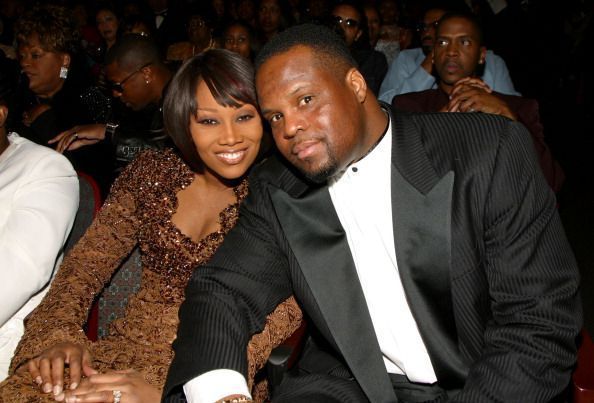 Life Is Good With A Best Friend By Your Side

With the social media posts, we can see the love she shared for her daughter. The mother-daughter seems to be pretty close with each other. They seem to be enjoying life and having the best time with each other.

The singer has recently been paired with the WWE star Titus O’Neil, but nothing can be confirmed as they both have not publicly spoken about it yet.

A fact or a rumor, we wish the singer to have a life filled with happiness and blessings and for her family to be healthy and happy.