Young Dro Is Not Gay! His Alleged Girlfriend And Family Reflects

By LRU Writer | On: February 03, 2018
Young Dro Is Not Gay! His Alleged Girlfriend And Family Reflects Same is the case with the famous American rapper D'Juan Montrel Hart aka Young Dro as he is timely accused to be a gay. However, it has come to spotlight that Young Dro is apparently living a happy life with his children and alleged girlfriend. 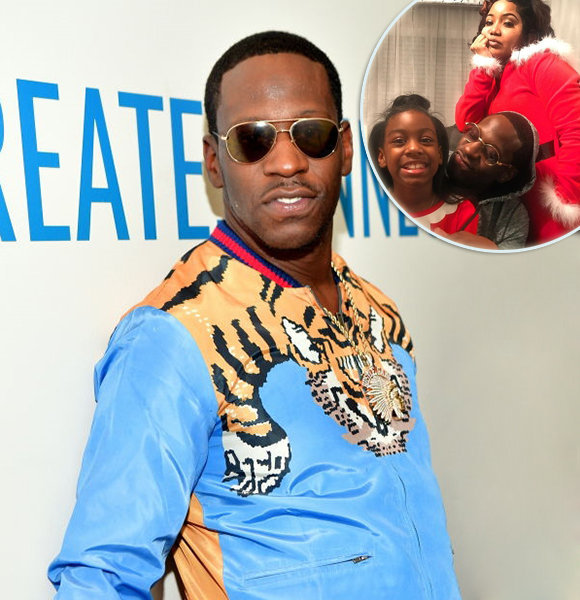 It’s no more surprising when a public figure is seen dealing with countless rumors and assumptions including talks about their sexuality. Well, in the context when celebrities are maintaining tremendous privacy in their love life, they are often assumed to be gay.

Same is the case with the famous American rapper D'Juan Montrel Hart aka Young Dro as he is timely accused to be a gay. However, it has come to spotlight that Young Dro is apparently living a happy life with his children and alleged girlfriend.

So, without much ado, let’s take a stroll around the life of this rapping sensation!

The American Rapper Young Dro, who is best known for the regional hit song 'Yes Sir,' from his 2002 independent album 'I Got That Dro,' has been active in flaunting his personal life through Instagram.

Back on December 26, 2017, Dro shared a glimpse of his Christmas celebration by posting a picture on Instagram. Showing out his family, he captioned the photo as, 'Get it right now my family.'

In the same day, he shared another picture holding his children quoting himself to be a good father.

Young Dro looks to be very happy and contented while being with his family including his son and a daughter. However, he hasn't yet revealed the identity of his children and their mother. It's also not clear that the woman in the picture is either his girlfriend or wife.

Besides, the children shown in the picture, Young Dro is also a father to a daughter from his ex-girlfriend Tamika. Back in 2013, Dro's baby mother Tamika revealed that she suspended Dro's right to visit his daughter after he chose not to complete the rehab treatment for his drug addiction. Afterwards, Dro accused Tamika of keeping him out of his daughter's life and made a song "FDB" avenging Tamika.

However, more information relating to his daughter and his relation has not yet surfaced in the media. And it was not the only time Young Dro had a problem due to his drug addiction.

Previously in 2016, Young Dro got arrested before the concert at Georgia College. The police filed him with drug charges for possessing Marijuana and also for carrying a weapon in a school safety zone.

Additionally, Young Dro, who usually keeps his private life low-key, was rumored to be dating the beautiful Love & Hip Hop star, Joseline Hernandez. The pair collaborated on their song "Rocko - Girls Gone Wild" in 2016 which was uploaded on YouTube on May 27, 2016.

The hesitation to answer the questions lead to more speculations around Young Dro. And the alleged rumor again got supported in October 2016 when Dro was seen at the high-profile masked ball that Joseline also had attended.

More to the point, Dro even attended Joseline's baby shower in Atlanta in December 2016 and then vowed to be with Joseline and her baby Bonnie Bella.

However, both Dro and Joseline have neither confirmed the accusation nor spoke openly about their relationship. So, it seems that the identity of the father of Joseline's baby will remain a mystery for some time.

For instance, despite the preferences of staying tight-lipped, the relationship with Tamika and the proofs of being a father has helped Dro fend away all the accusations of being called gay.