By LRU Writer | On: May 28, 2021
Justine Ezarik, better known as iJustine, is a very famous internet sensation. She has millions of faithful followers who want to know about her personal life. Is she currently single or is she still dating someone? Find out this and much more. 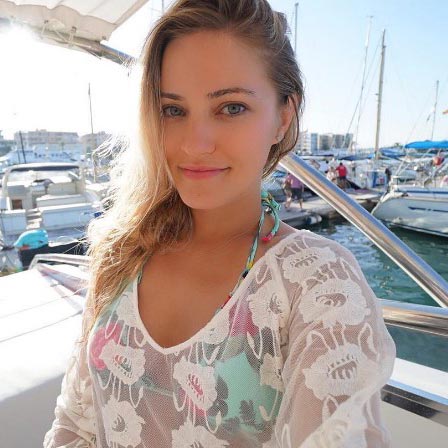 YouTube sensation iJustine relishes a happy life with her dog- Matty while working as a Tech reviewer and content creator. Although iJustine is single as of now, there have been times when she had led some light into her love life.

Wyatt is YouTube’s ‘Global Head of Content & Partnerships, Gaming.’ Before that, he was the Vice-President of programming for ‘Major League Gaming’ (MLG). Further, in 2015, Wyatt took to Twitter and called himself ‘Ex-boyfriend of the year’ while tagging her in the tweet (now-deleted).

In November 2015, iJustine uploaded a Youtube video with the title- EX-BOYFRIEND DIY!!!!!! With Gingerbread Joel. In the video, she mentions reconnecting with her ex-boyfriend Joel and visiting his house. However, the video was a joke, and Joel was a gingerbread cookie and not an actual person.

Justine Ezarik, aka iJustine, was born on March 20, 1984, in Pittsburg, Pennsylvania, to Michelle Ezarik and Steve Ezarik. Apart from her sisters, iJustine has two younger siblings- Breanne and Jenna. She usually posts about her family on her social media. On Mother's Day 2021, iJustine posted a series of pictures with her mother and sisters via Instagram. The caption read-

Happy Mother’s Day! So grateful for my amazing mommy and all she’s done for me and my sisters... LOVE YOU!

She has over 6.8 million subscribers on her self-proclaimed Youtube channel- iJustine. Further, iJustine also has a podcast called Same Brain Podcast with her sister Jenna, a Youtuber.