Zach Herron's Wiki: His Birthday, Age, Possible Dating Affair With Girlfriend And Other Facts You Should Know

By LRU Writer | On: July 10, 2017
Zach Herron's Wiki: His Birthday, Age, Possible Dating Affair With Girlfriend And Other Facts You Should Know. Zach Herron is someone who has been emerging and upcoming as a singer/songwriter and musician, but while he has been basking in the glory of his musical success, he has not revealed anything more about his life regarding his personal aspect. 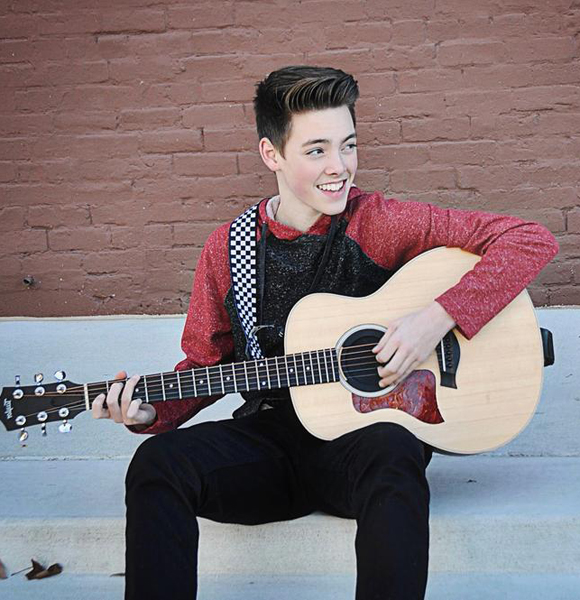 Zach Herron is someone who has been emerging as a singer/songwriter and musician. But, while he has been basking in the glory of his musical success, he has not revealed anything more about his personal life aspects.

So, if you are longing to know about some crucial details of his life, we have got you all covered up, in this segment. So let us introduce you to his wiki-like bio while shedding lights, on some fascinating facts about this musician.

Zach Herron Is Only 16 In Age But Already A Successful Musician.

Zach Harron is only 16 years of age, as this teenage sensation, celebrates his birthday on May 27 and was born in 2001, in Dallas, TX. He shared his childhood with two more kids as siblings, a younger brother, and a younger sister.

You can also follow him on Snapchat if you want to stay updated about what he does in his daily life. He shares posts by the name of 'Zach_Herr0n.'Zach Performed In High School Talent Shows & Was Also Honored As A Member of The Choir.

Zach Herron performed in some of his high school talent shows and was the recipient of honors, where he was selected as a member of the choir.

Not only was he chosen as a member of the choir, but he was also listed, one of the youngest members of the Septien Entertainment Group's Master Select Program; a program held for up-and-coming young artists.

Perhaps, that has got something to do with his current musical attributes.

Zach Is One of the Pivotal Members of Boy Band Why Don’t We.

Zach Herron is a key member of the world's new fav boyband named "Why Don't We," and they have just released their third EP.

Speaking of the band, it consists of Daniel Seavey, Corbyn Besson, Zach Herron,  Jack Avery & Jonah Marais, and the band recently performed an epic mashup at the launch party of their new EP.

Zach also released his debut single, "Timelapse," back in January 2016.

Zach Has Come Close Relationships With His Near And Dear Ones.

The life of this teenage sensation is something that is often seen via his social media accounts. An example of that was seen when he wished, one-half of his parents; his mom, on her birthday.

Speaking of wishing on birthdays, he also wished his brother like friend Jonah Marais on his 19th birthday, which shows how strong their bond is.

Zach Is Secretive About His Dating Life, Has a Girlfriend?

It was 2016 when Zach Herron expressed his willingness to have a girlfriend.

However, it seems like he has now found one; as his social posts suggest.

He has not come forth talking about whether or not the girl in the picture is his girlfriend. But the picture speaks a thousand words, which portrays the presence of romantic essence in between them.

However, let us not reach any major conclusion without his affirmation on this regard.

Regardless, this singer who stands over 5ft 7 inches in height; is the next big thing in the music world by the looks of it.

Stay with us for the latest updates on Zach Herron!

American Musician Why Don't We