Zoe Cassavetes Facts: From Family To Married Life With Husband!

By LRU Writer | On: March 19, 2018
Zoe Cassavetes Facts: From Family To Married Life With Husband! Zoe Cassavetes, whose name gets tagged along with her famous father, late John Cassavetes, is familiar with having fame around as she has been living a life of a celebrity since her childhood. Belonging to a family filled with a long line of contributors in the world of entertainment, Zoe also happened to be one among them. Wondering what her life upholds? 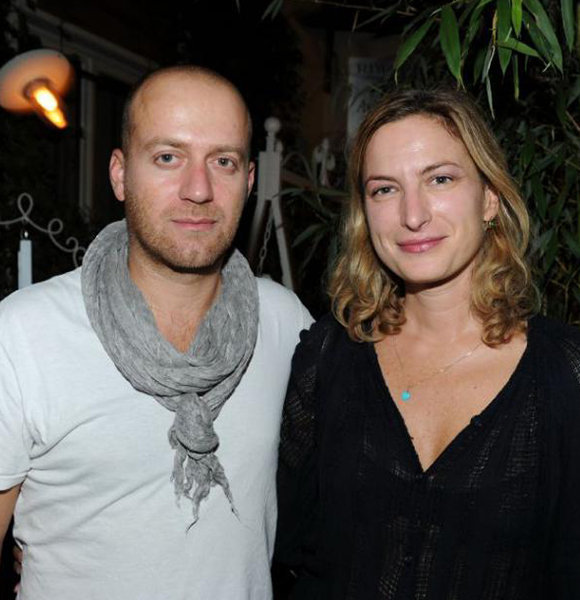 Zoe Cassavetes, an American film director whose name gets tagged along with her famous father, late John Cassavetes, is familiar with having fame around as she has been living a life of a celebrity since her childhood.

Belonging to a family filled with a long line of contributors in the world of entertainment, Zoe also happens to be one among them. Wondering what her life upholds?

Here are some facts about Zoe gathered up for you.

Zoe Cassavetes was born on 29 June 1970 in Los Angeles, Southern California and always had fame sprawling around her.

Not only her late father, but Zoe's whole family comes from the line of entertainment. Zoe grew up under the wings of her mother Gena Rowlands, who is an American film, stage and television actress.

Moreover, her grandmothers Katherine Cassavetes and Lady Rolands were also actresses who portrayed in few movies during their time in the film industry.

Along with her grandmothers, her nieces Virginia Cassavetes, a director, writer, and Sasha Cassavetes who is an actress, producer have their contributions in the glamour world too.

Adding further to her family is someone who isn't into acting but still is a part of entertainment industry, and the person is non-other than her husband, Sebastien. Zoe is married to Sebastien Chenut, who is a French EDM (Electronic Dance Music) producer. The two took their marriage vows after dating for quite a while. The duo first met when they were working together. Sebastien was on his way to his new music and needed a music video director. It was then when they got set up in a meeting and started working together, eventually, falling for each other.

However, the couple has not opened up about their marriage date as they live a low-key married life.

Zoe Cassavetes, best known for her 2007 debut film Broken English, became a filmmaker by her choice, not from the pressure of her hotshot parents.

Zoe during her release of Broken English back in 2007 spoke with UPI and explained how she ended up directing just like her father. She stated,

"I could be whatever I wanted to be. I had a really normal life,"

Adding to it, she opened about her journey to the world of filmmaking without missing out on fun outside the realm of glamour. Zoe expressed,

"People say, 'It took so long for you (to get into filmmaking).' I'm 36 years old. It was fun to wait until I had something to say. I traveled the world. I made a few shorts. I made a weird TV show. I worked at a hotel. I did all these things that kind of made me who I am. I'm happy to know who I am before getting into this stuff."

Moreover, following the footsteps of her father Zoe believed that he was more of a mentor giving her life lessons than directing lessons. Her dad left her with philosophies of life when she was just 18.