Are they Dating? Ann Coulter Finally Opens Up about Romance Rumors with Alleged Boyfriend Jimmie Walker 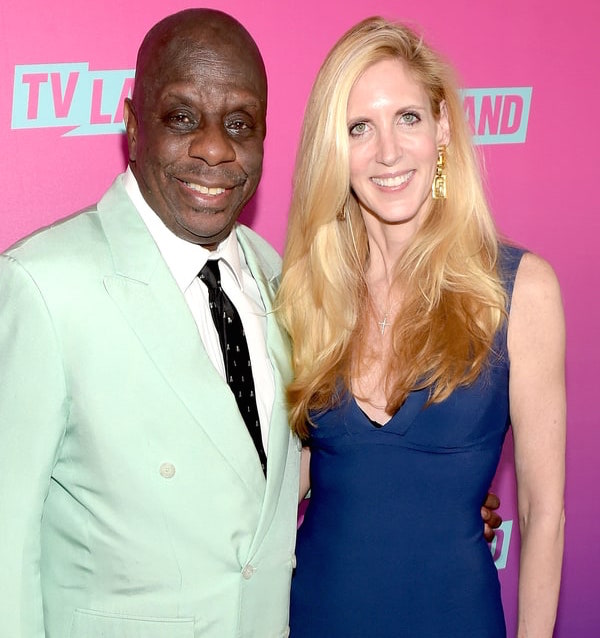 The right-wing commentator Ann Coulter, who gained sudden fame after the rumor about her romance with the former Good Times star Jimmie Walker, has now commented on the rumor which created a bonfire all over the internet.

The conservative superstar Anna and the actor Jimmie gave no any response to the allegations after the rumor circulated. The story of their romance was one of the strangest gossips of 2017. But on April 5, the fifty-five years old Anna took Twitter to reveal the truths behind the rumor of her dating. In the tweet, she stated “Best of friends, love him, no romance.” She also informed Dailymail that there is no “e ” in her name “Ann.”

The story about Ann’s romantic affair with Jimmie was born when the ninety-four years old Good Times producer Norman Lear attended an interview for Entertainment Weekly’s Untold Stories. In the interview, Kenya Barris asked Lear about casting Walker as J.J. on Good Times where he replied-

“role could make him a star.”

“I love him; he’s a wonderful guy, but I’ll tell you something about him that’ll astound you: He dates Ann Coulter.”

When Lear's interview broke the internet with a controversial rumor, many people were surprised and couldn't stop themselves from sharing their reactions.

Here are some of the Twitter reactions related to the talk.

Ann Coulter and Jimmie Walker are officially the strangest couple ever. They can only be outdone if Tomi Lahren dated Louis Farrakhan. — Mark (@the8thangel) April 4, 2017

The rumors about Ann and Jimmie’s affair existed for years, and Lear’s interview made people believe on their romance rumors. Previously in 2013, Ann talked about her relationship with Jimmie in a meeting with the Huffington Post live where she said Jimmie Walker is not her boyfriend but is a good friend of her. She revealed that they were not technically dating.

Fifty-five years old syndicated columnist and political commentator Ann Coulter has never been married and has no husband. However, she has been in a relationship several times. Ann Coulter has dated the renowned personalities like Bob Guccione, Jr., Andrew Stein, and Dinesh D'Souza.