By LRU Writer | On: April 08, 2019
New romance on the block... Professional wrestler Barbie Blank & Country singer Cole Swindell fueled dating rumors after the duo attended the American Country Music Awards on 7th April 2019... Within hours, the representatives for both of them confirmed the speculation... 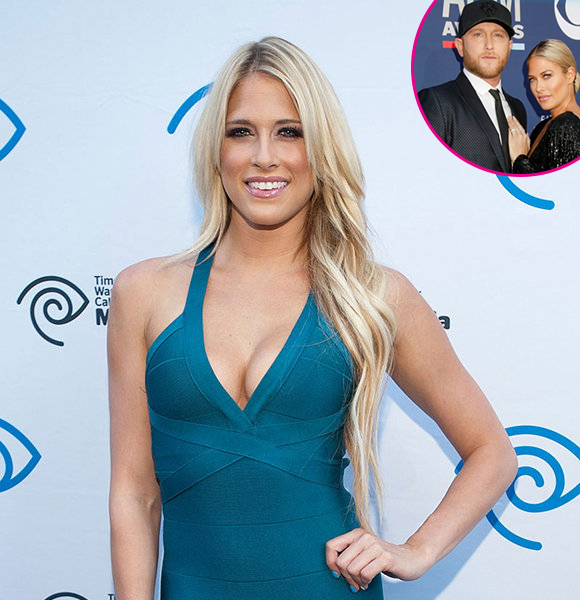 New romance on the block!

At the said event, Barbie - age 32 - donned a sparkling black gown. Meanwhile, her new boyfriend Cole looked dapper in a Dolce & Gabbana suit and a baseball cap of the same color. Before their red carpet debut, the pro wrestler had posted a series of Instagram stories with Cole.

However, it was in February 2019 when the romance between the two first made headlines. The "Break Up in the End" hitmaker professed excitement in receiving a nod for Song Of The Year. To which, Barbie expressed pride while also labeling him as her "babe."

Since then, the Florida native has enjoyed a string of dates with Cole. Although Barbie refrained from sharing her new man's photo, she kept tagging him on her Instagram posts.

The news of Barbie's romance with her musician boyfriend comes little under two years following her divorce with her ex-husband, Sheldon Souray. She and the pro-hockey player called it quits in 2017 after a year as a married couple.

Before getting engaged in August of 2014, the former WWE star and Sheldon dated for almost four years. And in February 2016, the old flames offically tied the knot in a beautiful wedding ceremony held in Cabo, Mexico. E! News documented the whole affair and released it later that August.

More On The Divorce:- Sheldon Souray’s Had A Rancorous Divorce Battle In Past But It Did not Stop Him From Welcoming WWE Diva As A Wife

Before Sheldon, Barbie was in a two-and-a-half-year-old relationship with fellow wrestler Andrew “Test” Martin. Andrew tragically passed away in March 2009 due to accidental overdose.

While in college, she studied broadcast journalism and worked as a full-time bikini model for Venus Swimwear. In 2006, Barbie penned a development contract with WWE on her agent's advice. Kelly Kelly is her adopted stage name.