By LRU Writer | On: March 03, 2021
Danish model/ actress Brigitte Nielsen is pregnant at the age of 54, expecting her fifth child with the fifth husband. Danish-Italian actress is pregnant with her fifth child from her spouse Mattia Dessi. The Cobra actress announced her pregnancy news via her Instagram on 28 May 2018 with the caption "family getting larger." 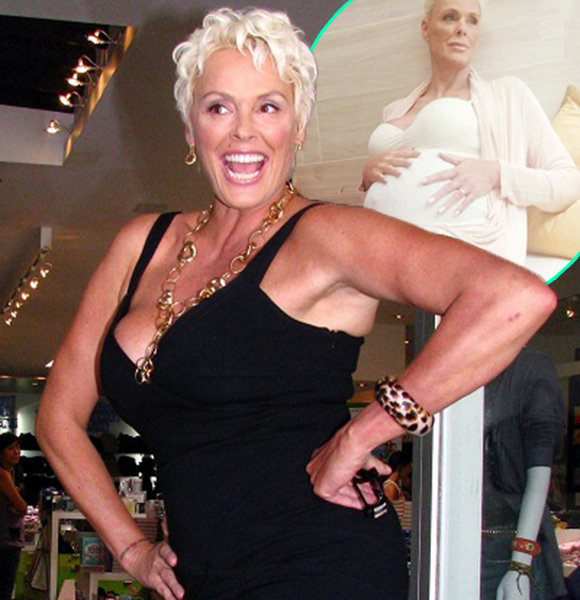 Danish model/ actress Brigitte Nielsen is pregnant at the age of 54, expecting her fifth child with her fifth husband.

Danish-Italian actress is pregnant with her fifth child from her spouse Mattia Dessi. The Cobra actress announced her pregnancy news via her Instagram on 28 May 2018 with the caption that said: "family getting larger."

Exhibiting an all-white gown, the actress flaunted her massive baby bump looking stunning as ever.

On 31 May 2018, the actress again flaunted her sizeable baby bump on her Instagram describing her happiness and the positive vibes after deciding to embrace motherhood for the fifth time. But the latest pregnancy comes as a surprise to many due to the star's advancing age and a 23 years gap after her last pregnancy.

The actress was married to 39-year-old model Mattia Dessi in February 2005 after winning the reality show Strange Love, which was dedicated to finding a suitable husband for the actress.

Before her marriage with Mattia, the Denmark born actress was married four times including her Rocky co-star Sylvester Stallone. The couple was together for about 20 months after tying the knots in December 1985. Prior to her marriage with Sylvester, she was married to Kasper Winding. The couple got married in 1983 and had a son Julian Winding from the union.

Her second son Killian Marcus Gastineau was with photographer-fiance Mark Gastineau, with whom she remained together for about a year, in 1990. After Mark, the actress wedded for the fourth time with actor-director Sebastian Copeland and welcomed two children; both sons Raoul Meyer and Raoul Jr. before their separation.

Apart from being married five times, the actress also had affairs with bigwigs of Hollywood including producer Tony Scott and Arnold Schwarzenegger. What's more, she also opened up in the German version of the show I'm a Celebrity...Get Me Out of Here!  in 2012 about having a one-night relationship with Academy winner Sean Penn at the Cannes Film Festival in the 90s.

Finding the right partner was not the only struggle the star faced in her early life, as she also had a battle with alcohol and substance abuse. The actress checked in to rehabilitation to get rid of the alcohol in 2007 and was declared sober in 2010.