By LRU Writer | On: July 05, 2018
Love is in the air for Chelsea Meissner for she has infused the air with a sweet fragrance of romance! Fans were awarded the dating rumors after the Southern Charm star seemingly found love in a sea-explorer, Nick Dana and looked cozy together. 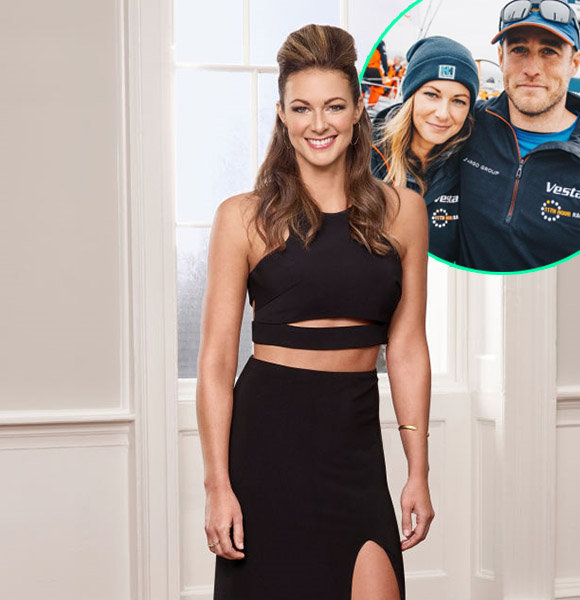 Love is in the air for Chelsea Meissner for she has infused the air with a sweet fragrance of romance!

Fans were awarded the dating rumors after the Southern Charm star seemingly found love in a sea-explorer, Nick Dana and looked cozy together. The speculations started after Chelsea shared a picture on Instagram posing alongside the sailor enjoying their time in The Hague, Netherlands. The picture has left many fans wondering if the reality star has found a reason to wander the deep seas with her sailor boyfriend. Although the rumored couple has not announced their relationship publicly, Chelsea's co-stars have already started congratulating the pair on the newly found romance.

The Rhode Island resident, Nick Dana works as a professional sailor for Vestas 11th Hour Racing and regularly participates in the Volvo Ocean Race. Chelsea and Nick were first spotted while attending an event at Volvo Ocean Race Village in Fort Adams State Park, Rhode Island on 12 May 2018.

Chelsea's Southern Charm co-actress, Cameran Wimberly took the occasion to express her best wishes for the couple. She commented on Chelsea's post saying, "So happy you found your STALLION!"; to which Chelsea responded with a positive attitude, "Sometimes life just gives you the lemonade."

Chelsea, age 33, and Austen followed a brief dating life during the fourth season of the TV series, Southern Charm but broke up before the start of the fifth season. After the split, the Survivors finalist mentioned that she was looking to date a woman rather than a man. However, Chelsea seems to have changed her mind as she found her romantic partner in Nick. Austin is currently dating Chelsea's friend Victoria Bolyard.

Before dating Austen, Chelsea had a short-lived relationship with Los Angeles Angels’ pitcher Michael Kohn in 2013 after first meeting in a bar on Sullivan's Island.

Previously, Chelsea was linked to The Bachelorette star Roberto Martinez. However, the romance was not confirmed, and the two were suspected to be only good friends.

After the series of failed relationships, it seems as though Chelsea has finally found a keeper. She and Nick are yet to reveal any plans of getting married, however, if luck favors them; they could get wedded in a fancy wedding which will last for a lifetime.