By LRU Writer | On: January 04, 2018
Engagement For Chris Zylka! Fiancée Paris Hilton is Flaunts Tinsel Engagement Ring The new year is already bringing joy for The Leftovers star Chris Zylka and his love Paris Hilton as the lovebirds got engaged during their holiday ski trip in Aspen, Colorado. 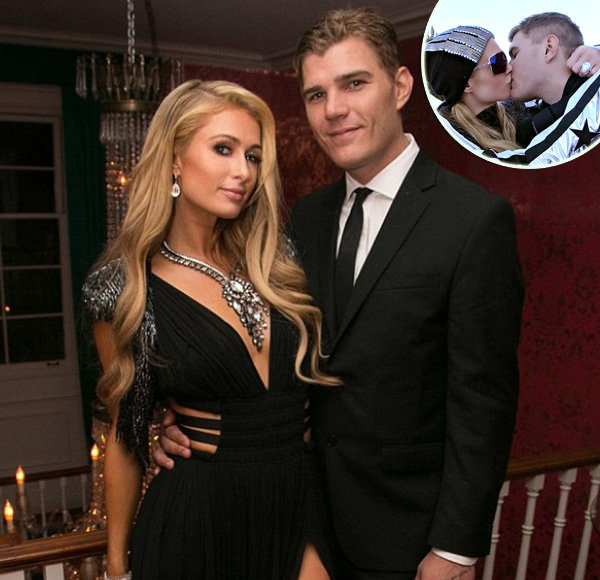 The new year is already bringing joy for The Leftovers star Chris Zylka, 32, and his love Paris Hilton as the lovebirds got engaged during their holiday ski trip in Aspen, Colorado.

The couple was having fun clicking pictures in the ski town when Zylka got down on one knee with the stunning 20-carat pear-shaped diamond ring. When Chris proposed Paris to marry him, Paris, out of her excitement, immediately said yes.

Paris took that moment to Instagram on Tuesday and uploaded their proposal shot with a love-filled message.

After some hours' of their engagement, the couples were seen walking together arm-in-arm in the Colorado city on Tuesday afternoon. And despite the chill, the newly engaged Hilton deliberately wore fingerless gloves to show off her beautiful engagement ring. Caption: Chris and his fiancee Paris walking down the city of Colorado.

The dazzling 20- carat diamond ring was designed according to Chris’s description by the Jeweler Michael Greene and his team in two days. Michael Greene told  PEOPLE magazine that the inspiration for the engagement ring was Paris's mother ring. He explained,

“Paris at one point in time told Chris she really loved her mother’s pear-shaped diamond, and when Chris came to me that was his request,”

The proposal and the engagement ring was a surprise for Paris, so Chris wanted the ring done before his trip to Aspen.

According to E! News, Paris called Michael to thank him, saying that the ring was her dream diamond. While appreciating Michael for his work, she even said that she never thought Chris would come up with something so perfect and beautiful.

Paris talked about her engagement in an exclusive interview with PEOPLE, where she said,

“I am so excited to be engaged to the love of my life and my best friend. I have never felt so happy, safe and loved. He is perfect for me in every way and showed me that fairytales really do exist!”

Well, she even explained how beautiful her engagement ring is. As per Paris,

“The ring was so gorgeous and sparkling. I was shaking as I put it on. It is the most beautiful ring that I have ever seen!”

Chris and Paris first met eight years ago at the Oscar Party, but they started dating from past two years. However, they made their relationship public only on February 16, 2017, on the occasion of Paris’s birthday party. The pair was even spotted together at an airport in Los Angeles on February 18 while returning from Paris' birthday celebrations.

Back in July, Chris, who enjoys the net worth of $4 million, surprised Paris by inking his hand with Paris' name in Disney font. To reciprocate the affection, Paris shared the picture on Instagram, captioning:

The couple hasn't ever hesitated to gush about each other on social media. And now, after being in a romantic relationship, the pair is finally engaged.

Congratulations to Chris Zylka and his fiancée Paris Hilton!