Clare Crawley Engaged Rumors! Still To Get It Figured Out in The Bachelor

By LRU Writer | On: February 18, 2018
Clare Crawley Engaged Rumors! Still To Get It Figured Out in The Bachelor With an eagle eye of the fans and followers, 'Bachelor Winter Game' alum Clare Crawley is the one rumored to be engaged. However, it is still to be figured out who her fiance is. 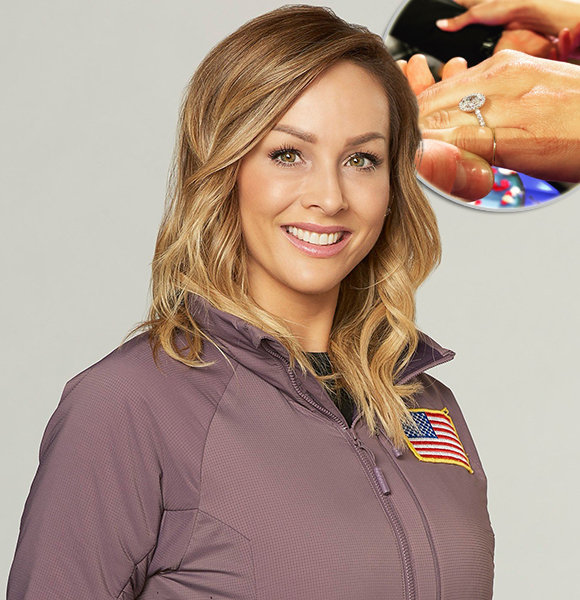 'The Bachelor Winter Games' Twitter announced on Friday that one couple is engaged. Was it Dean Unglert and Lesley Murphy, Kevin Wendt, and Ashley Iaconetti, or Clare Crawley and Benoit Beausejour-Savard? Well, the partners' that got engaged remain mysterious!

However, we have seen several strong pairings beginning to develop in the house including Dean Unglert and Lesley Murphy, Kevin Wendt and Ashley Iaconetti, or Clare Crawley and Benoit Beausejour-Savard. So who is the happy couple that will take the next step and gets married?

With an eagle eye of the fans and followers, 'Bachelor Winter Game' alum Clare Crawley is the one rumored to be engaged. However, it is still to be figured out who her fiance is.

A couple got engaged on 'Bachelor Winter Games', and according to fans, they're pretty sure that they know just who the bride-to-be is. The Twitter account of the hit show tweeted a photo of a woman’s hand showing off a beautiful diamond ring on 16 February 2018, with a caption that read:

Breaking News: There will be ICE on #TheBachelorWinterGames!! Who will be engaged? Watch it all play out next week!

The hand with the engagement ring on that finger wore a pinkie ring that looked identical to the one Clare had been seen wearing on the show. A couple got engaged on 'Bachelor Winter Games.' (usmagazine.com)

It is for sure that, the speculators have kept an eagle eye on the hit show and are looking further for the answer.

According to the Daily mail, Clare found herself in a love triangle where a German, Christian Rauch, and a Canadian, Benoit Beausejour-Savard involved in a stiff competition for the American lady.

However, Clare took the tough decision and told Benoit that she did not share the same feeling that he had for her. So Benoit had to pack his bag and head for home in tears.

Likewise, according to a report, Wendt and Iaconetti were still dating after the 'Bachelor Winter Games' finale. However, Iaconetti lost her virginity to the Canadian during filming, though there were questions about his true intentions.

And on the other side, Unglert and Murphy also had done little to hide their romance post the Winter Games; they even spent Valentines Day skydiving together.

The hairstyler, Claire Crawley rose to fame after her appearances in The Bachelor's 18th season. She hails from Sacramento, California, and although most of her family details remain confined, it is known that she is the youngest of six siblings, and her father died before her appearance on 'The Bachelor.'

Clare was one of the women who competed for Juan Pablo Galavis on the 18th season of 'The Bachelor' which premiered on 5 January 2014. She is an adventurous soul rather than a romantic one. But despite that, Claire was the first contestant to go on a one-on-one date with Juan Pablo.

Claire later competed on the series spin-off, Bachelor in Paradise. Thanks to the show, she has now become amazingly popular on Instagram with more than two hundred sixty thousand passionate followers.

Keep visiting for the emerging updates on the developing story!