By LRU Writer | On: March 20, 2018
Delta Goodrem Splits From Boyfriend! Joins The ‘Single’ Community Australian singer Delta Goodrem has revealed her split with the fellow musician Matthew Copley. While attending Tuesdays' KIIS FM's Kyle and Jackie O Show to promote her new song 'Think About You,' Delta confirmed that she is single and isn't dating anyone as per reports on March 19. 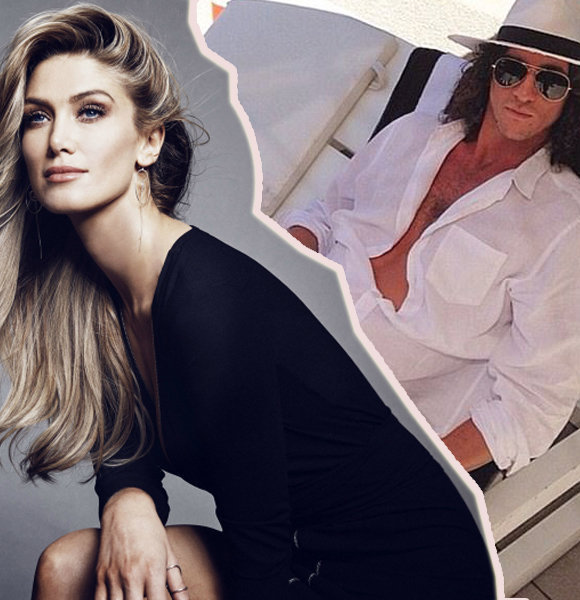 While attending Tuesdays' KIIS FM's Kyle and Jackie O Show to promote her new song 'Think About You,' Delta confirmed that she is single and isn't dating anyone as per reports on March 19.

Kyle Sandilands and Jackie 'O' Henderson, the host of the show quizzed Delta on her relationship status, and Delta told that she is currently single.

The Voice Australia judge, Delta was romantically linked with Matthew Copley after the two were spotted kissing each other at the Hawaiian resort in Hawaii in last December on New Year's Eve. The news of separation has justified the claims made by reports on Women's Day which forecasted Delta being at the risk of heartbreak while dating Matthew. Delta's former boyfriend Matthew had previously left his ex-girlfriend of two years, Rebekah Hall by abruptly ending their romance.

One of the insiders to the publication had even warned Delta to be careful with the relationship with Matthew as he didn't have the best record for a long-term affair.

In an interview, earlier this month, Delta insisted that there is more to her than the man she is dating. Moreover, she even shared that she works hard to separate her private and professional life.

Delta first met Matthew while they were traveling the country for her Wings of The World Tour in October and November 2017.

Well, in the interview with the Kyle and Jackie O Show, Delta not only clarified her relationship status but also brushed off the rumors regarding her affair with the fellow Voice Australian coach and singer, Seal.

Delta and Sean were speculated to be a couple after Sean used the word “L” to describe his relationship with Delta. The rumor swirled high when Seal dedicated an affectionate message to Delta, who was then bombarded with crude comments due to her appearance on 'The Voice Australia.'

Also, Delta snapped the allegations saying that she never dated Seal and quoted that she is sick of saying it again and again. Delta also described that hearing the false rumors is quite interesting to watch.

'I'm getting sick of Saying "guys, I never dated Seal" but people don't believe me when I say that. The storyline goes on without me (and) it's quite entertaining for me to watch'.

Moreover, Delta's kissing scene with her co-star in her music video of the single 'The River' had caused quite a buzz in the entertainment world in 2016.