By LRU Writer | On: January 23, 2018
WWE Takes Action! Enzo Amore Suspended Amid Sexual Assault Allegations WWE has taken strict action of suspending Eric Arndt aka Enzo Amore, the WWE Cruiserweight Champion, in light of sexual assault allegations. WWE decided to take such strict action after a woman named Philomena(@MissGucciWitch) posted the allegations on Twitter, claiming that she was raped back in mid-October. 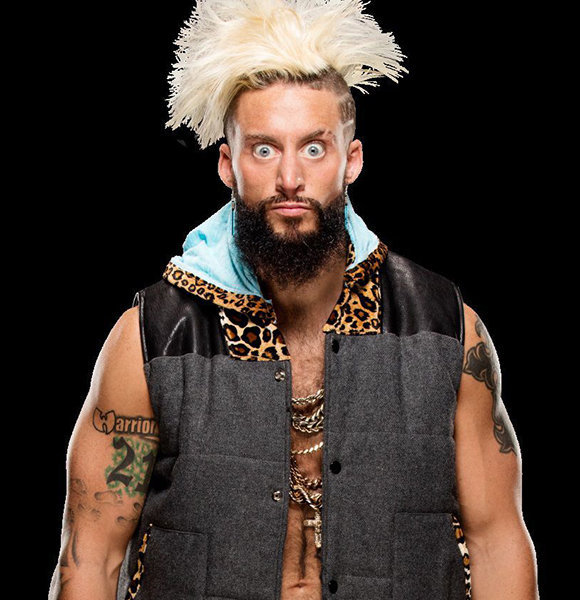 WWE decided to take such strict action after a woman named Philomena(@MissGucciWitch) posted the allegations on Twitter, claiming that she was raped back in mid-October.

OKAY..it’s been long enough & I have been so so scared to share this. I was raped in mid October by the WWE Enzo Amore (also known as Eric Arden) & Tyler Grosso & TOOPOOR let it happen as accomplices. I was in a mental hospital for 45 days after it. They ARE NOT good people. pic.twitter.com/VhyG6oaDwg — philomena (@missgucciwitch) January 22, 2018

Explaining the incident that she experienced, Philomena affirmed,

The original question TOOPOOR asked me was if I would suck Enzo’s d**k. I said possibly but if I wasn’t down she said we could all just hang out. Then they got me way f**ked up & they left knowing what was about to happen. When Enzo the WWE guy stared coming on to me I was passed out on the couch. I said “I want to get to know you first before doing anything.” He replied, “Bitch I have 1million followers on instagram…you should be begging for this d**k.” & then he restrained me & it happened. I never would be this dramatic about something like this but I want you all to know that I would’ve left if I could. I was in psychosis- I had no idea what was going on. I remember bits &pieces & I have constant flashbacks..My mental issues have been the worst ever & i suffer from major PTSD from it.

Following the incident, a spokesperson for the Phoenix Police Department confirmed that a report was filed and the case is still under investigation. As per the department,

"On Monday, October 23, 2017, at around 2:30pm, Phoenix Police responded to a local hospital for a call of a sexual assault that had reportedly occurred on October 19, 2017 at 401 West Clarendon Avenue. This case is under investigation,"

Meanwhile, according to Pro Wrestling Sheet, cops are waiting on lab results. Subsequently, WWE issued the official statement regarding Ardnt’s suspension just hours before its 25th anniversary of Monday Night Raw program, which Arndt was set to feature on. The statement reads,

"WWE has zero tolerance for matters involving sexual harassment or sexual assault. Until this matter is resolved, Eric Arndt (aka Enzo Amore) has been suspended."

WWE officially shared the suspension news of the wrestler through Twitter.

This is not the first when WWE has taken strict action against the wrestler, Amore. WWE formerly banned him from WWE's locker room last year after Amore's antics were too much for numerous WWE superstars.

Last summer, Amore brought his friends backstage creating a ruckus, breaking etiquettes around and even involved in numerous quarrels with other WWE wrestlers. Moreover, while traveling in Europe, another WWE superstar, Roman Reigns kicked him out off the tour bus, after Amore began bragging about the amount of money he earns.

Amore's antics reached outside the WWE world earlier as well, when he was involved in a frictional situation with the Department of Motor Vehicles. Amore created a scene when he was asked to re-sign his signature on the driving license. His former signature looked a lot like a drawing of the male genitalia, which the organization requested to change and even made various phone calls to the superstar.

"I got issues with the state of Delaware.My phone has been ringing off the d**n hook, and I've been hitting the F-U button on the side of it, sending them things straight to voicemail, because I know who it is. It's the State of Delaware, and I know what they want. They want me to get a new signature on my licence, because my current signature is unacceptable. Gotta get a new picture, the whole nine."

However, Amore denied the requests; instead, he went on to say that he has been signing like that "since grade school" and it "looks like an E. A. to him".

"So I'm walking in there with a great hairstyle, and a great attitude, because I represent myself in court, in life, and in the DMV. And I always win, because I'm the realest champ in the room. And there ain't no way the state of Delaware is gonna tell me how to sign my own license!"

That was all about the past, but when it comes to the present context, the reports from the department is yet to arrive.

So keep visiting for the emerging updates on the developing story!