By LRU Writer | On: May 10, 2018
Baby bliss for Snapchat CEO Evan Speigel and Victoria's Secret Angel Miranda Kerr. The snapchat-cofounder Evan and his supermodel wife, Miranda Kerr have welcomed their first child together, a son and named the child as Hart. 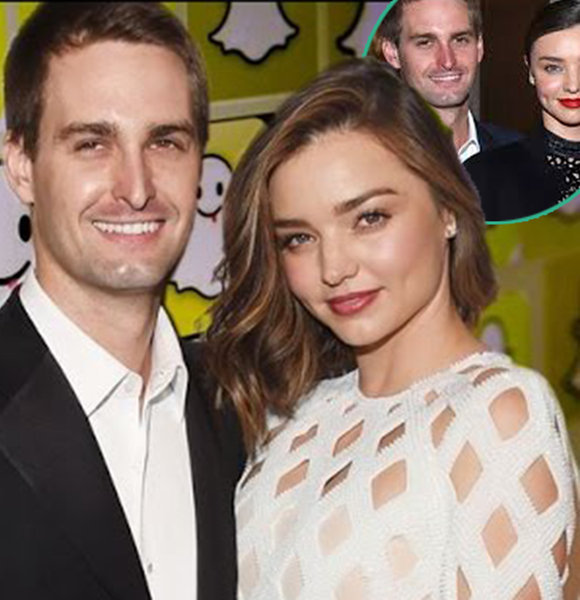 The snapchat-cofounder Evan and his supermodel wife, Miranda Kerr have welcomed their first child together, a son and named the child as Hart.

TMZ reported about the couple's newest addition to the family, who saw the first light on 7 May 2018 at around 11:53 PM at the Cedars-Sinai Medical Center in Los Angeles.

'The Beauty and The Brain' couple thanked all their well-wishers for their kind words and added that both Miranda and the child were doing well. Speaking to PEOPLE after the birth of their first child, the couple were elated at their newest addition to their family. PEOPLE quoted the couple saying:

"Words cannot explain how happy we are to welcome our beautiful son into our family. Miranda is doing well and Flynn is excited to be a big brother. Thank you for the kind words and wishes during this very special time.” Little Hart, whose name is an ode to Evan's grandfather of the same name, is the first child born to the couple. However, they also are parents to Miranda's 7-year-old son Flynn from her three-year-long relationship with Orlando Bloom from 2010-2013.

Six months after Evan and Miranda's marriage, they announced that they were expecting their first child together in the middle of November 2017. Likewise, a family spokesperson for the Speigel family had confirmed about the news saying:

"Miranda, Evan, and Flynn are looking forward to welcoming the newest member of their family."

Evan, who enjoys the net worth of $4 million, first met Miranda at a New York dinner party, hosted by Harper's Bazaar's Editor-in-chief, Glenda Bailey in 2014. Glenda predicted that Evan and Miranda would get married one day.

And the first part of Bailey's prediction came true when they started dating in June 2015.

After dating for about a year, Evan popped up the question and a diamond ring on 20 July 2016 to which the model turned fashion mogul said 'Yes.' And the last part of Glenda's prediction came true when the couple tied the wedding knot in an intimate but lavish ceremony on 28 May 2017 in Evan's Brentwood home in California. The fairytale wedding had the bride to be draped in Dior Haute Couture wedding dress and looked every bit a fairy, and what's more, she even cooked Evan's favorite dish for their big day.

Congratulations to the couple for their newest addition to the family.