F. Lee Bailey Dies 7 days Before His 88th Birthday | A Look Into His Life

By LRU Writer | On: June 04, 2021
American criminal defense attorney F.Lee Bailey died seven days before his 88th birthday on June 3rd, 2021. Bailey's son confirmed the news of his death under hospice care but didn't mention the cause of his illness...Bailey was best known for covering cases of high-profile clients like...Bailey has been married four times in his life. He first tied the marital knot with his first wife... 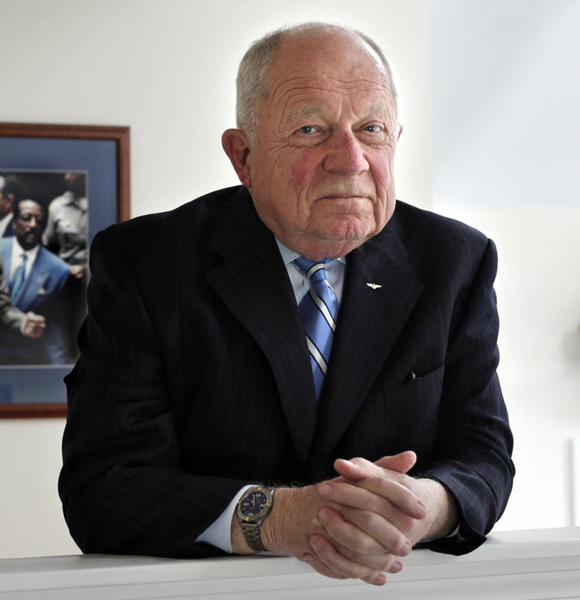 American criminal defense attorney F.Lee Bailey died seven days before his 88th birthday on June 3rd, 2021. Bailey's son confirmed the news of his death under hospice care but didn't mention the cause of his illness.

Upon his passing, Bailey's well-wishers flooded Twitter dedicating tweets about him.

O.J Simpson, his former client, and former football athlete, shared a video via Twitter where he mentioned Bailey as his "great friend" and "one of the great lawyers" of his time. In the video, Simpson also states that Bailey passed in the week after he "finally finished a book he wanted to write before his life was over.." Simpson mentions that the book Bailey wanted to finish was based on the case where he (O.J. Simpson) allegedly murdered his spouse. Further, one of the tweets read-

F Lee Bailey taught me it was okay to be weird... RIP.

F. Lee Bailey was born on 10th June 1933, in Waltham, Massachusetts, United States. He graduated high school from Kimball Union Academy in 1960. Bailey attended Harvard University for college but decided to drop out of college and transferred to Marine Corps. Later, he joined Boston University School of Law and graduated in 1960 with a Bachelors of Laws (LL.B.), ranking first in his class. Further, he was removed from the bar association in Florida and Massachusetts while defending his client Claude Louis DuBoc due to misconduct. Similarly, in 2013, Bailey's request to get a law license in Maine was denied by the Maine Board of Bar Examiners and the Maine Supreme Judicial Court.

Bailey has been married four times in his life. He first tied the marital knot with his first wife, Florence Gott, in 1960 when Bailey was in his twenties. But the marriage was short-lived, and the two ended up calling their marriage off and got divorced in 1961. They had two sons Bendrix L. Bailey and Brian Bailey.

He then moved on and got married to Froma Portney in 1972 and got divorced the same year. Bailey had another son- Scott F. Bailey, with his second wife.

The master lawyer then married Lynda Hart in August of 1972. The marriage between them lasted for a good period, and eventually, the two got divorced in 1980.

Bailey then took his time off from married life and focused on his career, but ultimately met his new love, Patricia Shiers. Patricia and Bailey swiftly entered a marital bond without any delay back in June 1985. It seemed that their relationship was going smooth, but Bailey lost his fourth wife, Patricia, to pancreatic cancer in 1999.