By LRU Writer | On: June 11, 2021
British track and field athlete, Greg Rutherford career has always been up to mark. He’s been in highlight amid his career as well as his girlfriend who’s active in media. Not long ago Greg and his family were accused that they dress their young son as ‘like a girl.' So what’s the catch all about? 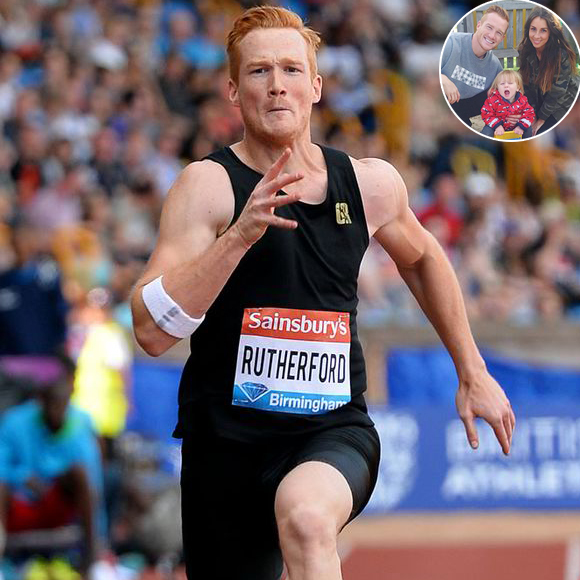 British track and field athlete, Greg Rutherford career has always been up to mark. He’s been in highlight amid his career as well as his girlfriend who’s active in media.

Not long ago Greg and his family were accused that they dress their young son "like a girl."So what’s the catch all about?

Susie hits out at Critics!

Greg Rutherford’s girlfriend turned partner Susie Verrill who is also a Journalist has hit on the critics as they have been accusing the couple of dressing their young son "like a girl."

Susie Verrill has a son Milo who is two years old with Strictly Come Dancing star, wrote an open letter to critics on her blog who hit out at the pair's parenting skills.

All the allegations came after Milo was seen running to his dad’s arms during a VT on the celebrity talent program with long hair which was tied up and also alleged ‘girly clothes.'

"Why was the child dressed and deliberately made to appear as if he was a girl. Did the mother want a girl? I found the child’s appearance disturbing."

"Greg, tell your wife to grow up, she’s not a Kardashian trash bag, get the boys hair cut and put some boy clothes on him, the child looked a mess. Like as if she wanted a girl so she's going to mess with his head!"

After those alleged comments, Susie hit out at haters and wrote an open letter on her blog site mymiloandme.com:

"We’re growing Milo's hair at the moment and it's pretty unruly. Reminiscent of Worzel Gummidge if Worzel had just been on an open top helicopter ride, that sort of thing.

"We'll get it trimmed and styled at some point, but it won't be going any shorter and in the grand scheme of things, ensuring the two year old human we look after has neat tresses doesn't feature too highly given that thanks to our schedule we barely get a moment to wash our bits.

"So when we were ready to go along to film, I popped it up in a top knot (a style he regularly rocks at home when I realise his fringe is acting like a forehead shield) and off we went."

Susie also admitted that she expected a lot of criticism for her choice and braced herself for a backlash worldwide.

"I know a top knot for a little boy is still a bit iffy and of course, well aware it makes my cherub-faced son resemble a girl,"

"I'm not a total moron and I do have the ability to see. The thing that did surprise me though, was the backlash I received for his outfit and the fact I apparently, dress my son 'in girl clothes'."

On Instagram, Verrill often receives positive and negative compliments about the clothes she chooses for Milo. After all, we should consider the fact that she is the mother of Milo and knows what's best for her adorable son.

He has been in the relationship with journalist Susie Verrill for a couple of years. The couple met back in 2012, and their baby son Milo was born in 2014. Susie met Greg in London after London Olympics through a mutual friend after Greg won a gold medal in long jump.

It's Milo's 2nd birthday ???????????? the last two years have flown by. I hate being away from the little man so days like today are very special. My beautiful @susiejverrill is a truly incredible mum and today is a reminder of the amazing work it took to bring Milo into the world. I love you both very much xx

The couple isn't married still share a strong bond. He’s probably not gay as Greg has a family. For a matter of fact, he has always spoken for gay right and has a massive gay fan base. Here are series of tweets which proves that he is a supporter of gay rights.

PANTS PIC ????. I haven't done one of these in a while (thank goodness I hear you shout) BUT LOOK, tanned arms and shoulders! Smashing in another competition tomorrow with the aim to figure out some technical things and put a big jump out. At least I know my body is ready ???????? #fitness #tattoo #athlete

Caption: The tattoo is looking perfectly fine for the well-maintained body.

All in all, it sounds like Olympian gold medalist has got a perfect family and it is only differs in perception whether one sees the child as a girl or a boy.