By LRU Writer | On: May 18, 2018
Yoga instructor Hilaria Baldwin and her actor husband Alec Baldwin have welcomed their fourth child together, a son. The 30 Rock actor is also father to a daughter Ireland from his previous marriage with actress Kim Basinger. 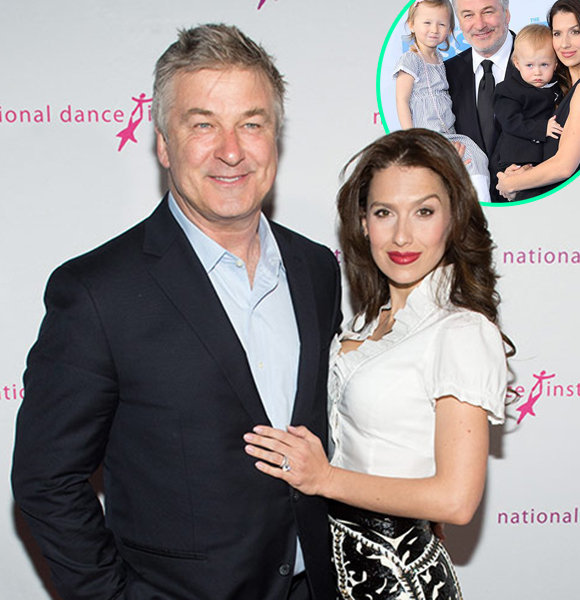 Another member of Baldwin's gang Baldwinitos has arrived!

Yoga instructor Hilaria Baldwin and her actor husband Alec Baldwin have welcomed their fourth child together, a son. The 30 Rock actor is also father to a daughter Ireland from his previous marriage with actress Kim Basinger.

Hilaria announced the arrival of the newest member of their family via her Instagram on 17 May 2018, writing:

Hilaria's partner Alec could not hide his delight of the arrival his son and shared a picture of the newborn with the mother declaring that they were at it again in reference to their fourth child.

The couple is also parent to three other children, two sons Leonardo Ángel Charles, 20 months, and Rafael Thomas, 2 and a half years, along with daughter Carmen Gabriela, who is four and half years of age. The yoga instructor previously announced her pregnancy back in November 2017. The Yoga Vida co-founder documented her fourth pregnancy throughout her gestational period.

The wellness expert shared on 26 January 2018 that she was well aware of the fact that pregnancy would bring her with weight gain and cellulitis. Furthermore, Hilaria also explained that her experience with her previous pregnancies had made her calm and the physical changes acquired during that period would be temporary.

The mother of 4, on her Instagram back in Januray, shared:

"I’m completely at peace with the fact that I WILL gain weight, cellulite WILL happen, my body NEEDS fat and rest in order to grow a healthy baby. Through 4 pregnancies, I have found balance and calm — embracing natural changes in my body, yet taking care of myself in a way where these changes are temporary, and once the baby is out, I will find my non-pregnant self again.”

The couple got engaged in April 2012 after dating for a brief period and had their wedding at the St. Patricks old Cathedral, NewYork on 30 June 2012.

Furthermore, the couple renewed their wedding vows five years later. They were remarried in front of close family and friends on Wölffer Estate Vineyard, with the actor's four children as the witnesses.

After the couple's wedding ceremony for the second time, Hilaria spoke to Extra claiming that their previous marriage moved on quickly and they could not savor the moment.

Moreover, she accepted that it was her 60-year-old husband's idea to get remarried on the day they originally exchanged the vows.

Keep Visiting for the emerging updates on the life of Hilaria Baldwin!